Famous Georgian ballet dancer Nina Ananiashvili was awarded the highest artistic prize of Georgia at a special show on Friday to mark her contribution to the country’s cultural development.

In a move kept as a surprise for the dancer and artistic director of the State Ballet of Georgia (SBG), she was handed the Oracle of Art – the top culture award by the Ministry of Culture and Monument Protection of Georgia. 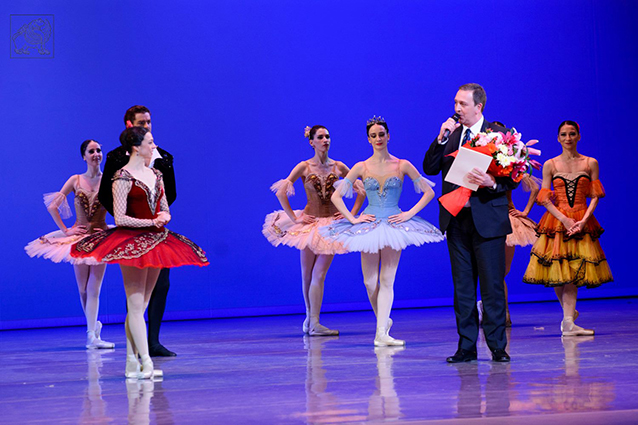 Ananiashvili received the prize from Minister Mikheil Giorgadze on stage to mark her "special contribution to the development of Georgian culture”.

The evening’s program was originally designed as a final show of the State Ballet of Georgia in Tbilisi before the company’s departure for their 2017 tour of Japan on Sunday.

However it was eventually transformed into a celebration of Ananiashvili’s 35-year-long career and the bestowing of the official state award on her. 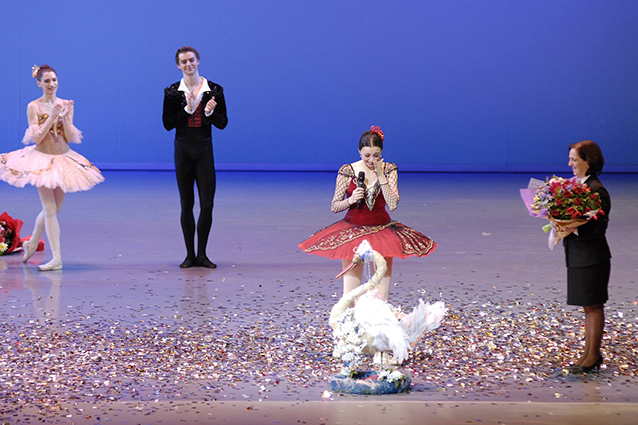 The featured cast danced fragments from the classical ballets The Sleeping Beauty and Don Quixote as well as the one-act neoclassical ballet Serenade by George Balanchine.

Ananiashvili and Volchkov will also dance during the tour of Japan, with principal dancer of the American Ballet Theatre Marcelo Gomes also joining the cast.

The Oracle of Art marks the latest award in the long list of prizes received by Ananiashvili during her glittering career in professional dance.

Born in Tbilisi in 1963, she received her initial ballet training at the State Choreographic School in Georgia’s capital starting in 1969.

Her burgeoning talent was noticed by teachers at the Moscow Choreographic Institute, which the young dancer joined in 1976. 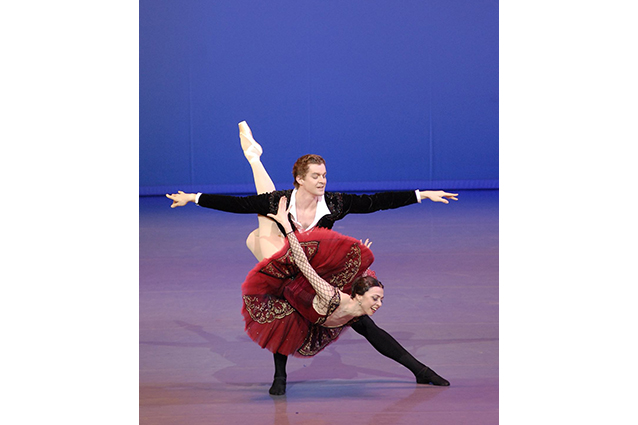 Ananiashvili was partnered at the gala by Alexander Volchkov of the Bolshoi Theatre of Moscow. Photo: State Ballet of Georgia.

Ananiashvili graduated from the institute to join the famous Bolshoi Theatre of Moscow in 1981 and danced all major roles in classical productions at the company.

The artist broke into the worldwide dancing scene in the second half of 1980s.

Along with her fellow dancers Andris Liepa and Vadim Pisarev, she became the first Soviet dancer to appear at the USA International Ballet Competition in 1986.

The Georgian and Liepa also became the first ballet artists from the Soviet Union to perform as guest soloists with the New York City Ballet in 1988.

Ananiashvili became principal dancers of one of the leading US troupes, the American Ballet Theatre, in 1993. She also performed as principal at the Houston Ballet since 1999. 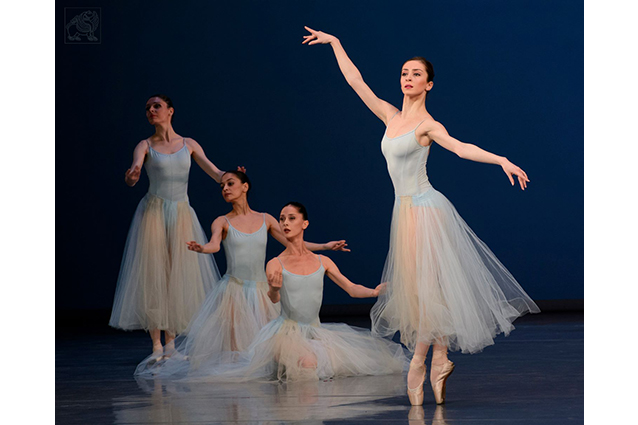 The program for the evening also featured dancers of the State Ballet of Georgia. Photo: Georgia's Culture Ministry press office.

The globally celebrated dancer returned to Georgia in 2004 to lead the State Ballet of Georgia – the principal ballet company of the country which had fallen into difficult times on the back of the political unrest and economic hardship in Georgia in the 1990s.

Even though the company’s dancers are grounded in classical dance, the SBG repertoire was enriched with both classical and contemporary productions under Ananiashvili’s leadership.

Her international reputation also allowed the famous dancer to invite some of the most recognised choreographers from across the world to stage works with the Tbilisi company. 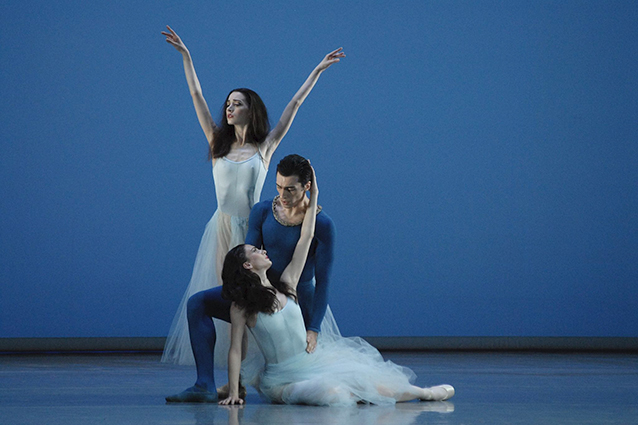 Under Ananiashvili the Georgian troupe has also toured extensively throughout the US, Japan and Europe since 2007.

Besides working as artistic director of the SBG, Ananiashvili also heads the Vakhtang Chabukiani State School of Ballet Art, the leading ballet education school in Tbilisi.

Recipients of the Oracle of Art prize include Georgia’s first prima ballerina Vera Tsignadze, who passed away last year.