Tbilisi-based Budrugana Gagra Hand Shadow Theatre is launching its new season with a performance of a production inspired by jazz themes, with the troupe inviting young and adult audience for the performance later today.

The small but original company will present the staging Isn't This a Lovely Day at the Shota Rustaveli State Drama Theatre, showcasing their  trademark technique of only using hands to create shadow characters.

Setting the troupe apart from companies that also use props for their productions, the approach has made Budrugana Gagra an in-demand group with local and foreign venues. 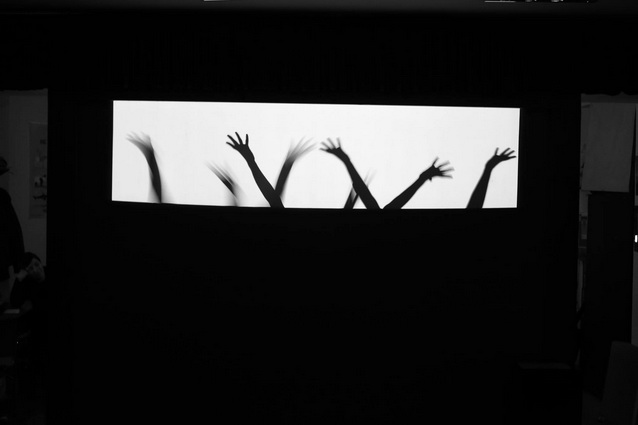 A photograph from a rehearsal of the troupe. Photo: Beqa Javaxishvili/Budrugana Gagra Hand Shadow Theatre.

Isn't This a Lovely Day features human and animal characters created in a 70-minute performance directed by the theatre's long-standing founder Gela Kandelaki.

It involves a cast of local actors conveying themes of "love, separation, childhood, death, triumph over death" with the shadow shapes.

The troupe presented the show in Berlin’s Pumpe Youth Culture Centre last month, and will transfer it to the Small Stage of the Rustaveli Theatre in today's event.

Assembled mainly by internally displaced persons (IDPs) fleeing the early 1990s conflict in Georgia's breakaway Abkhazia region, the company took its name from the resort town Gagra in the region. 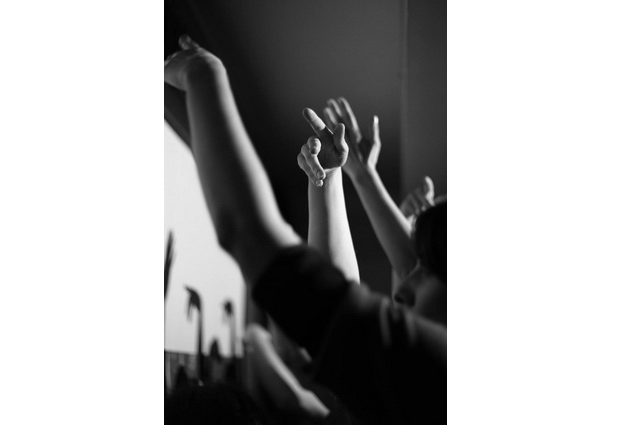 Their inaugural performance in 1991 was part of the international festival Les Semaines De La Marionette a Paris in the French capital.

Since then Kandelaki's group have performed at international shadow theatre festivals in Europe and the United States.

Their shows in Georgia have included appearances at the Georgian International Festival of Arts in Tbilisi and the Contemporary Music Evenings Tbilisi.

The company has staged over 300 productions — many of them charitable events that raised money for IDPs and homeless children.

Budrugana Gagra has also been involved in international collaboration, with the group helping University of Klaipeda in Lithuania students in preparing hand shadow shows last year.