By lifting 474kg, Talakhadze has now improved his own world record of 473kg achieved at the Rio Olympic Championship. 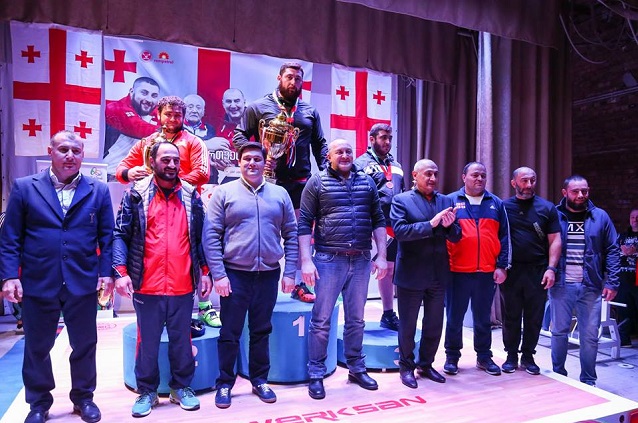 In addition to building on his own world record, Talakhadze has also become the Georgian weightlifting champion. Photo by President’s press office

Congratulating the athlete on the victory, President Margvelashvili awarded Talakhadze for winning the Georgian championship.

Talakhadze will further compete at the World Cup in the United States on December 5.