The Irish Parliament’s delegation led by Chairman Denis O'Donovan has visited the occupation line that divides Russian-occupied Tskhinvali region (South Ossetia) from the rest of Georgia.

"We are startled and frightened by this bordering in your territory. In Ireland we had a similar situation for many years. Our country condemns the encroachment by Russia on Georgian territory”, Chairman O'Donovan said.

"We are hopeful that this dialogue and peaceful diplomatic means will resolve the issue. Our people in the United Nations are stationed here in Tbilisi who are working as hard as possible to resolve the problem with your neighbour”. 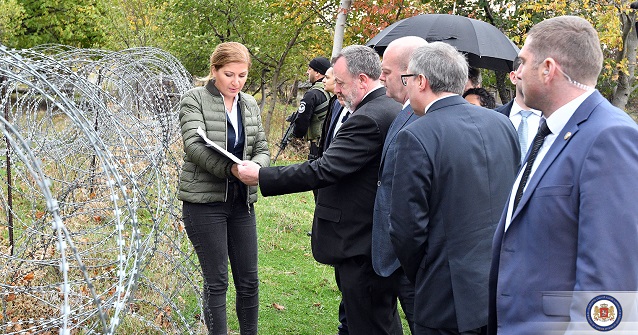 On the ground, the Irish delegation witnessed the tense situation, where local residents cannot reach their wheat fields or graze cattle as Russian-controlled guards patrol along the occupation line and often kidnap farmers.