The cave complex, featuring nearly two dozen halls with stalactites and stalagmites developed over centuries, hosts over 100,000 tourists and locals every year.

It is the most popular natural monument destination among the wide variety of Georgia's protected areas with its striking views of natural phenomena such as petrified waterfalls, cave pearls, underground rivers and lakes. 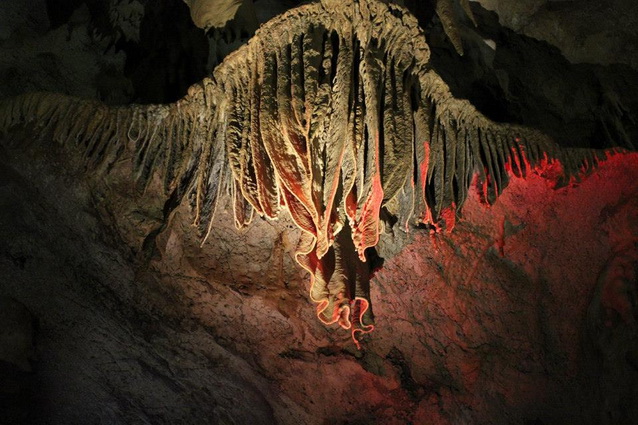 A view of the natural formations in the Prometheus Caves. Photo: Imereti Caves Protected Areas/Facebook.

Located in Tskaltubo Municipality — 40km outside Imereti's provincial capital Kutaisi — the cave monument now has an exhibition hall set up outside and offering exhibits and information on the site.

A central part of the new space is a replica model of the caves, placed in the exhibition area for viewers including disabled visitors unable to enter the cave system.

Guests can also find exhibits recovered from the caves, including remains of extinct fauna, ancient weapons made of stone and bone and jewellery made of natural objects. 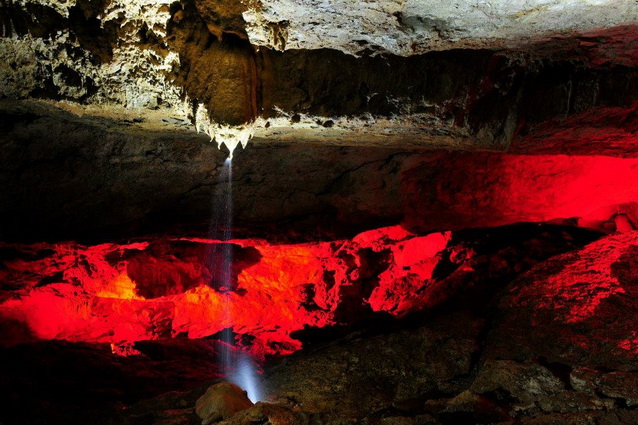 Six of the 22 halls of the cave complex have been adapted for tourist visits. Photo: Imereti Caves Protected Areas/Facebook.

Maps, photo galleries and plan drawings of the site, along with information on other caves in Imereti and protected areas of western Georgia, are also on display at the new space.

The Prometheus Caves were discovered by a group of Georgian speleologists in 1983. The caves feature spaces — referred to as halls — of varying depth and width.

In the caves covering a 46,6 hectare area there are a total of 22 halls, with only six currently operated to host tourists. The part of the monument developed for tourist visits includes two passages for visitors boarding boats or taking walks through the caves.