The International Monetary Fund (IMF) is moving its forecast up, saying the Georgian economy will grow by 4.3 percent in 2017.

The IMF also praises the first phase of the development process of a recently approved new, $285 million, large-scale technical assistance program of the IMF for Georgia. 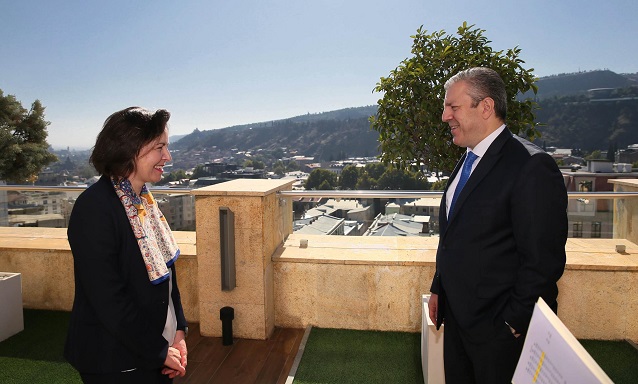 Mercedes Vera-Martin, head of the IMF at the meeting with Georgia's Prime Minister Giorgi Kvirikashvili. Photo by the PM's press office.

She said the program has been developing successfully. She also added that the implementation of planned reforms ensures high and inclusive growth of the Georgian economy, which, on the other hand, will contribute to the growth of private investment, production and export competitiveness. 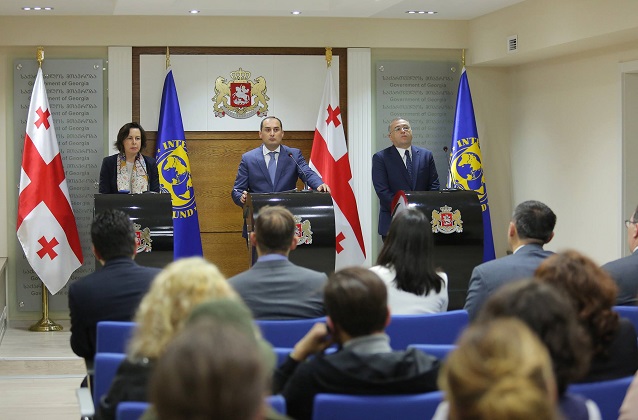 Meanwhile, Georgia’s Finance Minister Dimitry Kumsishvili commented that the successful completion of the first phase of the IMF program proves that the IMF supports the Georgian Government’s economic policy.

The IMF program is fully based on Government’s four-point reform plan and accordingly this is an unprecedented fact for Georgia that the IMP fully agrees with the reform program and the economic policy of the country’s political leadership,” said Kumsishvili.

The IMP program which was approved in April of this year includes ambitious structural reforms to generate higher and more inclusive growth, focusing on: improving education; investing in infrastructure; making the public administration more efficient; and further improving the business environment to boost the private sector as a growth engine.