A Tbilisi exhibition starting later today will mark the legacy of a Soviet Georgian filmmaker whose works earned him acclaim of cinema enthusiasts as well as censorship of the Soviet regime.

For two weeks, the National Archives of Georgia will host a display of films, photographs and documentary material about life and cinema work of Kote Mikaberidze (1896-1973).

The screening segment of the exhibition will use monitors of the archive venue's exhibition hall to play Mikaberidze's works preserved to this day. 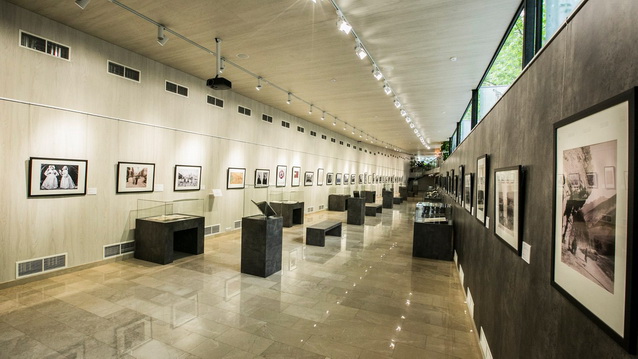 The exhibition will be hosted at the exhibition hall of the Tbilisi archive venue. Photo: National Archives of Georgia.

The director became known for film work starting with the 1929 feature My Grandmother, banned on its release by Soviet cultural authorities for nearly four decades.

Since then the maiden work has received critical acclaim and was praised as a "delightful example of the Soviet Eccentric Cinema movement" by the British Georgian Society, which organised its screening in London in 2013.

Mikaberidze directed less than 10 films from 1929-1941 and featured as actor in fewer than a dozen, however his work is celebrated for significant contribution to the Soviet Georgian cinema, including silent film.

His works include a film on an episode from the famed 12th century poem The Knight in the Panther's Skin by Georgia's national poet Shota Rustaveli as well as animation projects.

Despite the 1929 ban on his film debut, the director was recognised even by Soviet authorities later in his career, receiving the state title of Honoured Artist in 1945.

Beside the film works, the National Archives event will exhibit photographs and archival material, as well as first display of some of Mikaberidze's painting and drawing works.

Finally, the legacy of filmmaker will be honoured with a presentation of a book about his life and work, bringing together documents from over a dozen different archives.

The exhibition will run at the Tbilisi venue through October 20.