Georgian President Giorgi Margvelashvili and the parliamentary majority have held consultations over the proposed changes to the state constitution today.

Stressing importance of achieving consensus over the state document, President Margvelashvili said he is ready to continue consultations with the different politicians over the issue whenever necessary.

Prior to meeting with the members of the ruling Georgian Dream-Democratic Georgia team, Margvelashvili held consultations with up to 20 political parties over the issue. 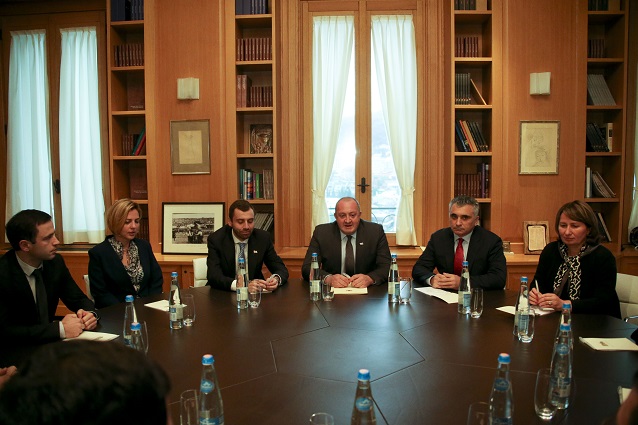 These are some of the key amendments into the constitution: 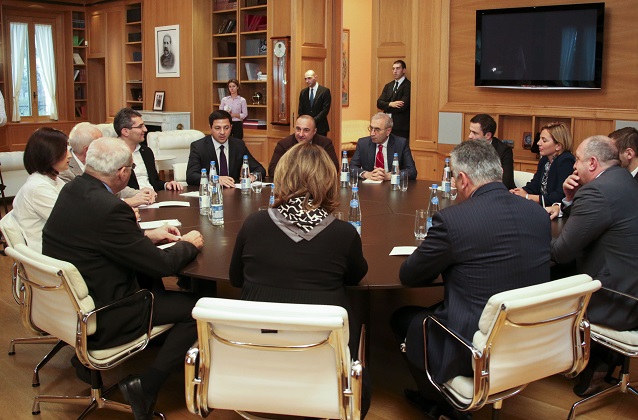 Georgian Parliament adopted the draft constitutional changes at their third and final hearing last week, which means that the constitutional amendments will come into force following the 2018 presidential elections. However, it is now up to the President whether he will sign the final document or veto it.

Parliamentary Chairperson Irakli Kobakhidze believes President Margvelashvili will "positively contribute” to the process, otherwise, he said the parliament will follow its regulations, which means that Kobakhidze will be eligible to sign the final draft in case of Margvelashvili’s veto.