Open Society Georgia has released a report on how Georgia has fought torture and inhuman treatment in prisons over the course of the last five years.

The report stressed that the country has shown a "significant progress” in the protection of human rights in prisons under the current Georgian Dream leadership.

The report was released five years after prison torture videos went viral in September 2012 under the United National Movement (UNM) leadership, which stirred large-scale turmoil and condemnation both inside and outside the country.

The Open Society Georgia’s report reads that since the Georgian Dream party’s coming into power in October 2012, the number of cases of torture and inhuman treatment in prisons have dramatically reduced.

The EU and UN reporters, a high commissioner for Human Rights of the UN, clearly say about the positive moves towards treatment of prisoners between 2013 and 2016.

The European Court of Human Rights has issued none of the temporal measure to the Government of Georgia about the treatment of prisoners,” the report says.

The report highlights the serious decrease in number of prisoners in Georgia and the better living conditions provided in penitential facilities, as well as health-care programs reducing the death rate among inmates. 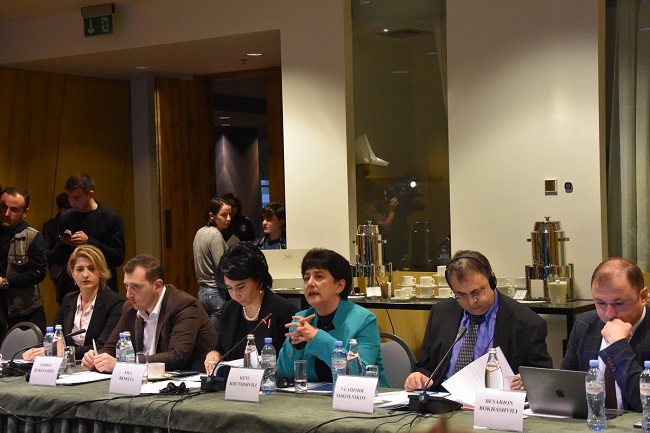 Number of prisoners in Georgia:

Providing of the Hepatitis C program for prisoners, referring to the free treatment of the illness, as well as a psychological services component have supported a decrease of the death rate in prisons,” the report reads.

The reconstructive and restoration works in penitentiary facilities ensured the facilities meeting international standards, the only exception is prison #7,” the report reads.

The report continued that the Ministry of Corrections planned for the gradual moving of prisoners from prison #7 to other penitential facilities, as for now the full closure of the prison could create problems.

The report stresses that the biggest challenge for the prison system is the lack of the independent institutions which would prevent inhuman treatment in prisons and that would investigate it effectively, if it did happen, "without a goodwill of certain people.”