Azerbaijan has sent its helicopters to help Georgia fight with the wildfire at a new section of the forest near Tsagveri resort in south-central Georgia, Zurab Alavidze Georgian Minister of Regional Development and Infrastructure said.

Strong wind makes it difficult to fight with the wildfire...Fortunately the local population is not facing any threat as the fire is away from the village", Alavidze said hoping the helicopters from the neighbouring countries will help deal with the wildfire.

A fire has erupted at a new section of the forest near Tsagveri resort in south-central Georgia.

The helicopter firefighters of the Ministry of Internal Affairs is also participating in the fire-rescue operation.

The Arjevanidze forest is located about two kilometers away from Tsagveri town and is not close to the settlement.

The Emergency Management Agency said up to 300 additional firefighters and rescuers have been sent to extinguish the fire. 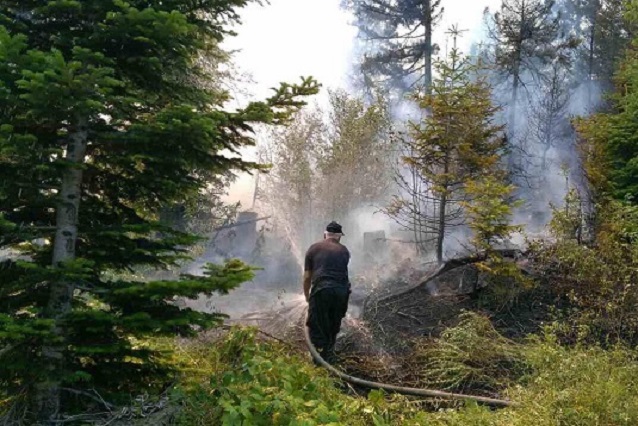 Photo by Ministry of Environment and Natural Resources Protection of Georgia

A fire has also erupted in a new location in Tusheti. The local population says the fire has spread onto dry grass.

The Emergency Management Agency reported there was no need for the evacuation of the local population for this reason.

The situation is under control; however, the firefighters are staying at the spot to avoid further complications.