The occupied Tskhinvali (South Ossetia) region  media reports that Russia allocated about 70 million USD to destruct all the houses in the village in order to hand over the territory to the so-called Agriculture Ministry of Tskhinvali.

The local media reports that 163 houses out of 268 have already been destroyed and the debris has been taken away.

Georgian officials have strongly condemned the action and called it an "actual continuation of genocide.”

The occupants are destroying the houses which belong to the people who were forced to leave villages during the Russia-Georgia 2008 war.  The Government of Georgia strongly condemns the process,” Reconciliation Minister Ketevan Tsikhelashvili stated. 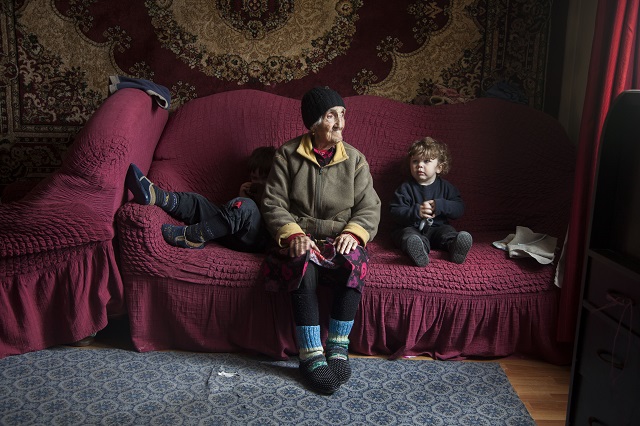 Minister Tsikhelashvili stresses that the houses being destroyed belong to the people who are now IDPs in their home country. Photo taken in Tserovani IDP settlement. Photo by N.Alavidze/Agenda.ge.

The occupied territories will necessarily be reintegrated and all those committing such actions will be held accountable,” Subari stressed.

The Minister stated that Georgia’s continued development and Euro-Atlantic integration would be an answer to the Russian actions.

The biggest portion of Prime Minister’s speech at the United Nation’s General Assembly was about Russia’s illegal activities in Georgia,” Kobakhidze stated.

All of Georgia’s IDPs are either from Abkhazia or Tskhinvali region (South Ossetia) – two regions of Georgia that are currently occupied by Russia.

Russia recognized two Georgian regions as independent republics in the wake of the Russia-Georgia 2008 war.