Paintings by Kako Topouria on display at French solo exhibition

Topouria’s works can be found at the Les Carmes venue, located in the country’s south-western commune and serving as auditorium for theatre and visual art.

Organisers of the event have been promoting it as the "summer expo” of Les Carmes, with the artist present at the official opening on Wednesday.

Topouria, of the Tbilisi-based Project ArtBeat collective, works in a range of disciplines including painting, drawing, textile and sculpture.

His work in painting is noted in the ArtBeat profile of the artist as resembling "child drawings or decorative tapestries on which featured characters are moved to a much larger format”.

A preview of his exhibition at Les Carmes said the "great dimensions of expression” were also notable in his tapestry work, allowing Topouria to create his characters "from tasks or lines, constructing space and encounters”. 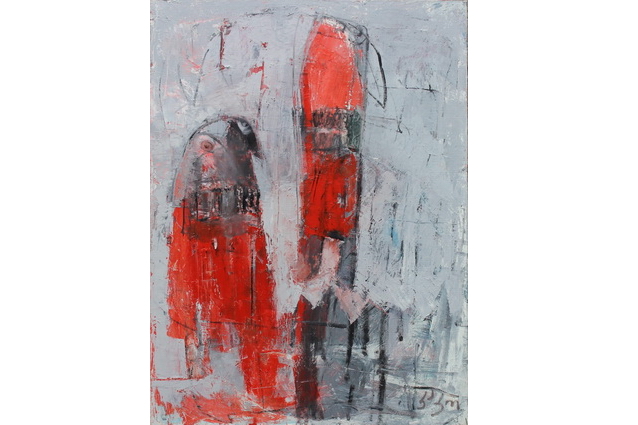 An untitled 2013 work by Kako Topouria. Oil on paper. Photo: courtesy of the artist.

Born in Tbilisi, he graduated from Tbilisi State University with a degree in art history.

Based in France since the early 1990s, the artist has featured in solo exhibitions at venues including Les Modillons in France in 2013, Satura Art Gallery in Italy in 2012 and Chardin Art Gallery in Georgia in 2011.

The display of works by Topouria will run at Les Carmes through September 9.