Buquicchio made the remark after the Venice Commission plenary session today where the Georgian constitutional reform was discussed.

In Buquicchio’s words, Georgia is approaching a "very good constitution,” "step by step.” 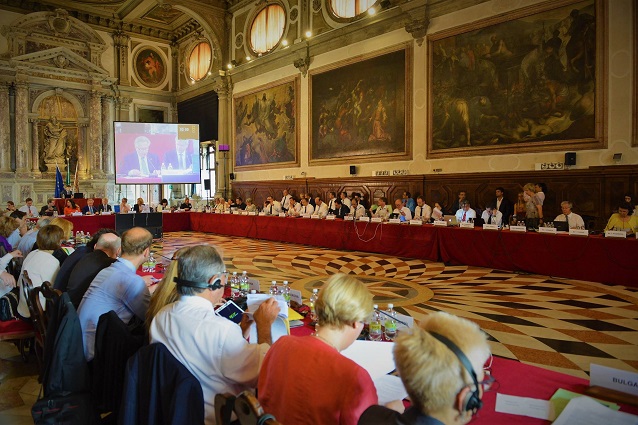 "The constitutional reform is a good step forward. I have mentioned on multiple occasions that we started cooperating with Georgia to adopt a better constitution back in the ‘90s. And now Georgia is approaching step by step a very good constitution which will meet European standards,” Buquicchio said.

He added that the major part of the constitutional changes were praised by the Commission, but there will be some important recommendations too.

"But we are on the right track to find the best solution,” he added.

It added that an opinion adopted today reports that the proposed reform deserves a positive assessment, as it completes the evolution of Georgia’s political system towards a parliamentary system and strengthens the powers of parliament. It noted with particular satisfaction the active co-operation of the Parliament of Georgia and the firm public commitment of the Georgian authorities not to adopt any amendments to which the Venice Commission would object.