One hundred Georgian soldiers are on track to join the NATO Response Force (NRF) as they have already successfully passed the initial level of training.

The soldiers still need to pass the final test to join the current 100 Georgia servicemen and other NATO allies and members in the NRF.

The hundred soldiers of the 12th light infantry battalion of the 1st infantry brigade within the East Command land forces, named Charlie, have shown high results at today’s test operation.

They were awarded for their successful completion of the Second National level Self-Assessment II level (SEL-2) , within the framework of the NATO Operational Capabilities Concept Evaluation and Feedback Program (OCC E & FP). 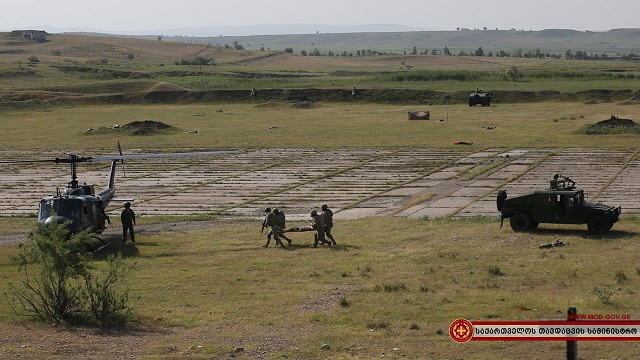 The hundred soldiers now need the NATO Level 2 Evaluation (NEL2) certificate to appear in the NRF for three years.

The purpose of the NRF is to provide a quick reaction force of high quality to support NATO missions as required.

The concept of NRF was first endorsed within a declaration of NATO's Heads of State at the Prague Summit on 22 November 2002.

It was then approved by NATO Defence Ministers in June 2003, and the first headquarters created in October 2003 in Italy.