Who is your favourite new author in Georgia?

For the first time literature enthusiasts in Georgia are being encouraged to vote and choose the winner of this year’s Saba Literary Prize for Debut of the Year at this year's contest.

Readers can vote from a shortlist of nominees through Facebook and the Saba official website to determine the winner of the best literary debut.

This was announced today by the contest's organisers as they launched the 2016 edition of the Saba Literary Prize, in which 11 prizes are up for grabs. 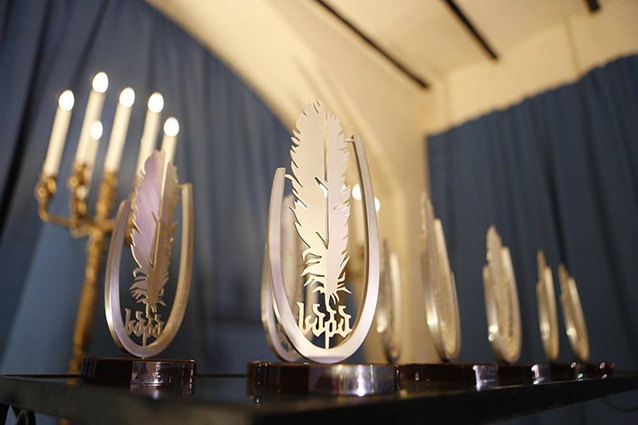 This year was the 14th annual Saba Literary Prize competition. As well as introducing public voting for the Debut of the Year award, this year’s contest introduced a new prize for Digital Book of the Year.

The full list of awards up for grabs in the 14th Saba Literary Prize is:

The annual Saba Literary Prize was established in 2003 by TBC Bank and Pen Centre non-governmental organisation and aimed to recognise and award the best of the previous year's literature.

More than 300 entries were submitted to the 2015 contest, while 46 reached the final stage of the competition. Looking ahead a jury must review the shortlisted entries of the 2015 contest and announce the winners of 10 categories before an awards ceremony in September.

Competing works will be published on the official Saba Prize website and open for public viewing.

Meanwhile entries for the 2016 contest closed on February 12. Finalists in the 11 categories will be announced in July and awarded prize money at the September awards ceremony.