Georgian troops equipped by Germany to deal with mass hazards

Ahead of the Year of Friendship between Georgia and Germany in 2017, German Armed Forces granted 24 specially equipped trucks to Georgia’s Ministry of Defence yesterday.

The trucks worth €400,000 were fully equipped with facilities protecting from CBRN threats. Apart from military usage, the vehicles could also be used during natural disasters in peacetime.

Georgia’s Minister of Defence Levan Izoria said the cooperation between the two countries in CBRN defence started back in 2014.

"I am aware of great importance of this field in modern world in terms of security and defence,” Minister Izoria said.

Izoria said he believed this present would become the precondition for Georgia to deepen expert-based cooperation with the strategic ally like Germany. On its behalf, German Armed Forces promised to keep on supporting Georgia on its way to integration with the the North Atlantic Treaty Organisation (NATO).

German Ambassador to Georgia Heike Peitsch officially granted the present to Minister Izoria. Ambassador hoped this would be a basis for developing the defence system in Georgia and stressed the importance of modern equipment to ensure ABC defence in the country. 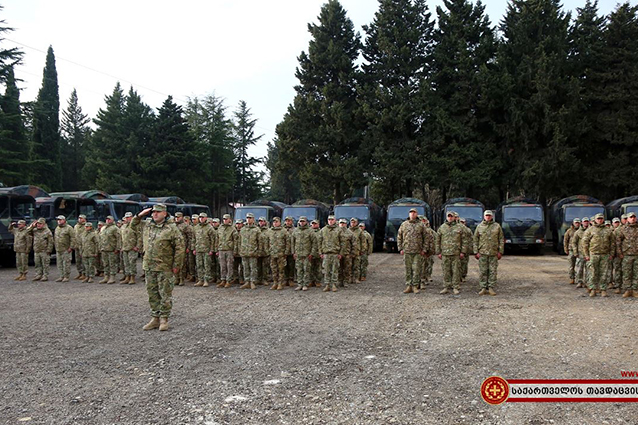 Next year German specialists will pay several visits to Georgia to train the Georgian military units in using the specially equipped vehicles.

Selected Georgian service members will also have opportunity to enrich their knowledge in atomic, bacterial and chemical defence.