Georgia’s President Giorgi Margvelashvili is optimistic of the country's future with the North Atlantic Treaty Organisation (NATO) and says there have been several examples in history when countries with occupied territories and disputed borders were accepted into the alliance.

Margvelashvili made this comment at today’s Tbilisi Strategic Discussion on security issues, initiated by the President and organised by the National Security Council of Georgia.

The Tbilisi Strategics Discussion brought together local and foreign security experts and representatives from diplomatic corps operating in Georgia.

Margvelashvili stressed NATO membership for countries with certain territorial problems were beneficial for the Alliance, beneficial for the accepted country and for Russia, despite it's condemning of NATO enlargement in the South Caucasus. Russia currently occupied 20 percent of Georgian land. 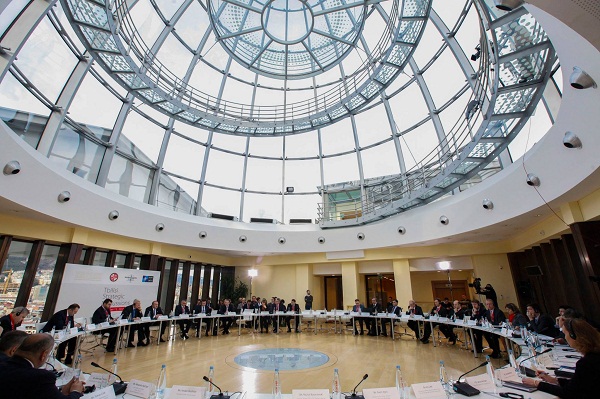 The President highlighted the importance of security in the Black Sea region for NATO member states and Europe in general, and he stressed Georgia’s significant role in this.