Chachibaia, 45, has already served in the role from 2008-2009 and was today reappointed in the post after Kapanadze’s three-year term expired today.

Chachibaia has a proven track record serving and leading Georgian soldiers; he commanded Georgian peacekeepers in Iraq in 2004 and since 2005 has served in the GAF.

He also provided advising services to the United Nations Assistance mission in Afghanistan (UNAMA) in 2015-2016.

Chachibaia’s candidacy was offered to the President, Commander-in-Chief of Georgia’s Armed Forces, by Minister of Defence of Georgia Levan Izoria yesterday, during the the most recent National Security Council meeting. 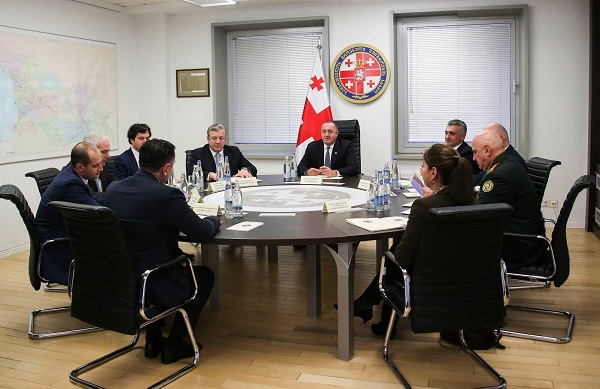 Members of the National Security Council met yesterday, under the President (C). Photo by the President's press office.

Izoaria described Chachibaia as a man of high integrity who was "well qualified for the post”. He stressed his and Chachibaia’s views "coincided on most military issues” and he would be a suitable person for the role.

Meanwhile Kapanadze is expected to be appointed as Georgia’s top military representatives to the North Atlantic Treaty Organisation (NATO).

More about the new Chief of General Staff of the Georgian Armed Forces, Vladimer Chachibaia