Fire broke out at St Mary Church in Vardzia late on November 1. The fire caused a portion of a unique wall painting to be covered with soot.

The fire was allegedly caused by a lit candle that remained on a table with icons, church literature and other items.

What happened in Vardzia is very regrettable. After the first stage of cleaning, experts will determine how serious the damage  is,” Giorgadze said. 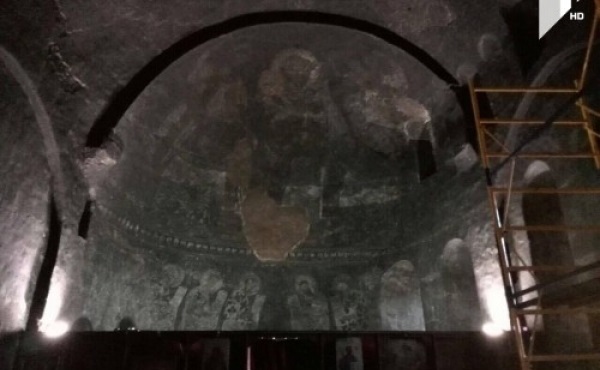 I have high hopes the frescos will be restored. Conservation efforts in the church are planned and leading Georgian and foreign experts will participate in the process,” Giorgadze added.

The Minister stressed from now on tougher control would be in place to better protect Georgia’s cultural heritage sites. 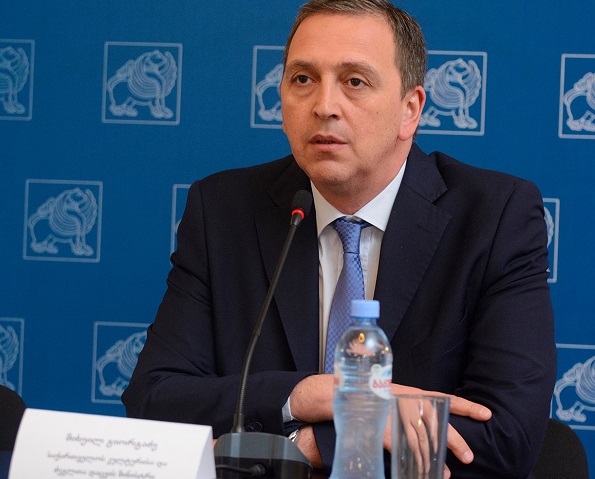 Minister of Culture and Monument Protection Mikheil Giorgadze hoped the affected Vardzia frescoes would be fully restored. Photo by netgazet.ge.

Tighter control will also concern the monkhood having touch with the heritage, as there are suspicions the fire in Vardzia was because of negligence of one of the monks living there.

Giorgadze said the Ministry of Culture and Monument Protection and Georgia’s Patriarchate had cooperated for many years regarding protecting religious cultural heritage sites, and a special council had been set up between the Cultural Heritage Protection Agency and the Patriarchate in the wake of the incident.

The Minister announced the council was discussing the alleged  cause of the incident, as well as ways how such instances can be prevented in the future.

Giorgadze also responded to statements of experts who said the candles currently used in many churches and monasteries, referring to paraffin candles and their smoke, could gradually but seriously damage frescos.

I believe a new agreement regarding candles should be reached in terms of reducing the risk of damage for wall paintings,” Giorgadze said.

The 12-13th Century Vardzia cave complex, in southern Georgia, is one of the primary tourist destinations in the country and is visited by thousands of local and foreign visitors every year.

The site features hundreds of rooms and passageways connecting the caves, which were carved into rock formations. Residential, storage areas and wine cellars can also be found throughout the complex.