One of Georgia’s leading television broadcasters, Imedi TV, released results of its most recent poll predicting who will win the October 8 Parliamentary Elections in Georgia.

The poll, commissioned by Imedi TV and conducted by American research firm JPM, revealed the current ruling party would win the elections.

The poll revealed only two parties will overcome the five percent election threshold – GDDG (who received 32.7 percent voter support in the poll) and opposition United National Movement (who was supported by 12.8 percent polled).

JPM was commissioned to organise the survey while field works were carried out by local research organisation Georgian Opinion Research Business International (Gorbi).

Of the people questioned, 61 percent intended to vote, which was three percent more than an earlier poll conducted by Imedi TV in August, when at this time 41.3 percent of people surveyed refused to answer the question or were undecided who to vote for.

Who will Georgian public vote for in the October 8 Parliamentary Election?

The Imedi TV poll indicated the current ruling party had the most support from voters.

The survey asked people who they will vote for. The results showed: 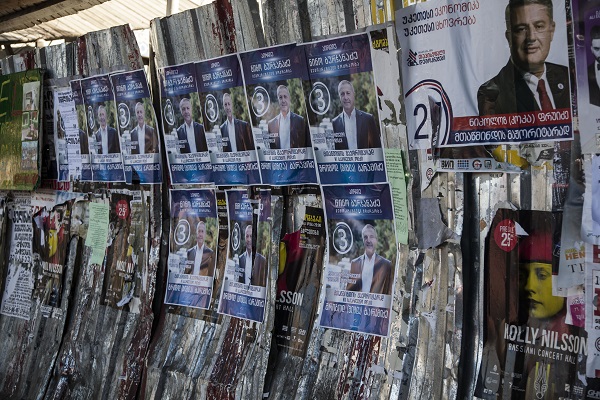 Based on the question to undecided voters  four parties may have a chance to overcome election threshold. Photo by N.Alavidze/Agenda.ge.

The survey asked the 41.4% of undecided voters who they were likely to vote for. The results showed:

The poll showed GDDG and UNM were the only two parties to receive more than 5 percent of votes and overcome the minimum threshold. In this survey GDDG received 30 percent of votes while UNM gained 16 percent.

Also in August a private broadcaster in Georgia, Rustavi2, released results of a survey carried out by German-American GFK. The survey was conducted nationwide between August 2-18. 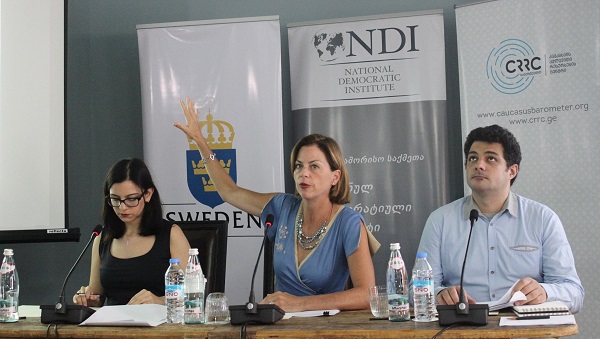 NDI country director Laura Thornton said in July the election results will depend on how these undecided ultimately cast their ballots. Photo by NDI Georgia.

In July the Georgia branch of the United States National Democratic Institute (NDI-Georgia) released findings of a pre-election survey. The survey was commissioned by NDI and carried out by Caucasus Research Resource Centre (CRRC).

This survey was conducted nationwide through face-to-face interview with 4,113 people.

Over half of those surveyed (67 percent) said they would vote if elections were held tomorrow, while 57 percent were undecided.

NDI country director Laura Thornton said: "The ratings for each of the individual parties are so low that they cannot be taken as a guide to the outcome of future elections.”

"With 67 percent of Georgians planning to vote and 57 percent undecided, the numbers seen in the final election tallies will look considerably different than the numbers presented in this poll as the results will depend on how these undecided ultimately cast their ballots,” she said in July when the survey was released.