Eighty million dollars is being invested in a botanical garden and five-star hotel complex near the Administrative Boundary Line (ABL) separating Georgia’s western occupied Abkhazia region from the rest of the country.

Learn more about the animated project in a video by the Georgian Co-Investment Fund (GCF).

Both projects, collectively worth $80 million USD, will be financed by the Cartu Charity Foundation and the Georgian Co-Investment Fund (GCF). Both foundations were established by Georgian tycoon and former Prime Minister Bidzina Ivanishvili, who is also a financial contributor.

The day chosen to announce the projects is symbolic for Georgia: Tomorrow, September 27, marks the 23rd anniversary since the fall of Sokhumi – the capital of breakaway Abkhazia when thousands of Georgians were forced to flee their homes after internal conflict. 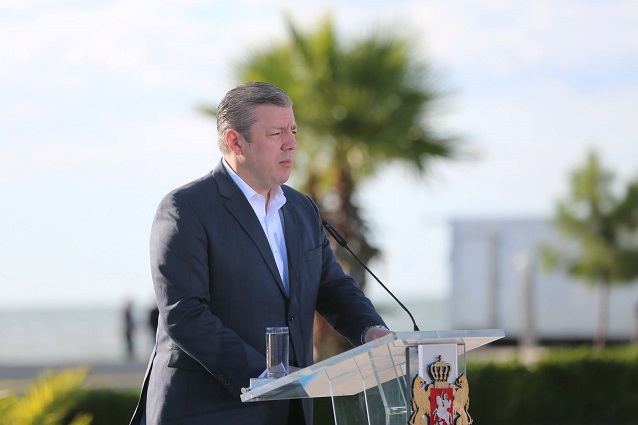 "Now it is time to think about building bridges....We want to share all our success with our Abkhazian brothers,” stated Georgia's Prime Minister Giorgi Kvirikashvili. Photo by PM's press office.

Now it is time to think about building bridges. In line with our peace and reconciliation policy, we are offering to build the same [projects and infrastructure] on the other side of the line. We want to share all our success with our Abkhazian brothers,” emphasised Georgia’s Prime Minister Giorgi Kvirikashvili while presenting the project today from Ganmukhuri Village.

Twenty million dollars will be invested in the new botanical garden in Ganmukhuri. This will be 100 percent financed by Cartu Charity Foundation and will later be gifted to the state.

This will be the first botanical garden built in Georgia within the last 100 years, said Kvirikashvili.

He said it was unique in the fact that the botanical garden will preserve and save unique plant varieties that date back to the ancient Colchis era.

Listen what Dr. Paul Smith, Secretary General of BGCI thinks about the Ganmukhuri Botanicak Garden project in this video below:

Different types of laboratories will be built on site where scientists can conduct research. Furthermore, the new botanical garden will feature greenhouses and a school where youth can study endemic and unique plants. 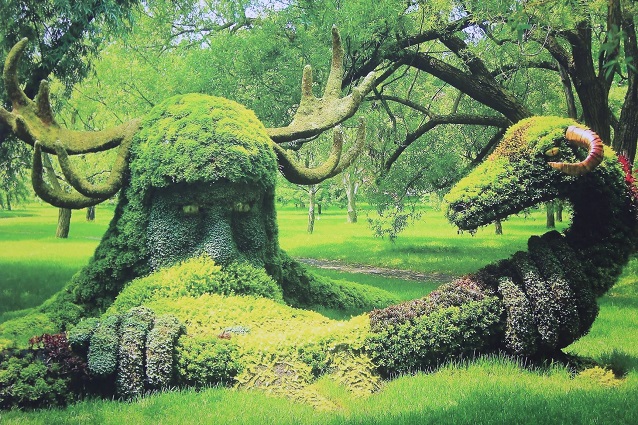 Ganmukhuri botanical garden will be built on 100ha territory where rare plant varieties will grow. Image/Graphic of the future garden by Georgia's Co-Investment Fund.

Once operational, about 200 locals will be employed in the new botanical garden.

A special council has already been created to monitor construction of the new botanical garden. The council comprises of botanists and scientists who will develop the garden together with foreigner consultants.

Georgia’s Co-Investment Fund has already started funding the construction of a new luxury hotel in Ganmukhuri.

Sixty million dollars will be invested in the 190-room hotel, which is being built on 35,000 m2 of land.

The new hotel will also have a conference hall, sport and spa centres, and indoor and outdoor swimming pools.

About 2,000 locals will be employed during the construction works. The new hotel is expected to be fully built by 2018.

Once operational the hotel will offer 350 jobs available for locals.

This hotel project was one of the eight large scaled investment projects that Ivanishvili announced in May this year. At the time he said he would be the initiator and investor of the eight projects but he would hand the project to investors at any stage of the project’s development.

Georgia’s Prime Minister said the botanical garden and new hotel would bring great benefits to Georgians living in the region, but these benefits were also open to "our brothers in Abkhazia”. 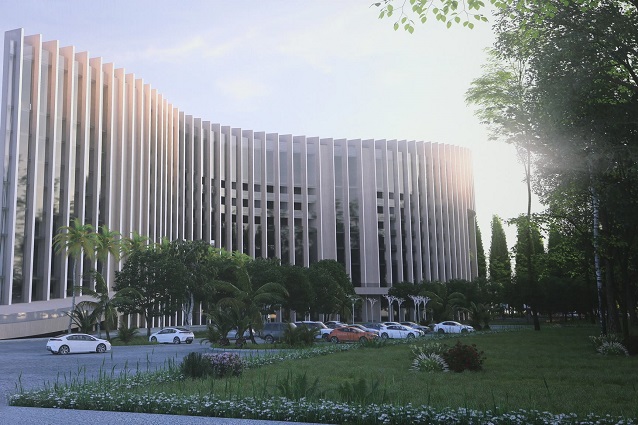 Georgian officials offered to build the same botanical garden and hotel projects "on the other side of the border". Image/Artist impression of the hotel/By Georgia's Co-Investment Fund.

Kvirikashvili said the Georgian Government had offered to build the same botanical garden and hotel projects "on the other side of the border”.

From here, from Ganmukhuri, I am sending a message to our Abkhazian brothers – all our success and kindness is yours as well and we believe there will come a time when we will restore confidence and we will reconcile,” said Kvirikashvili.

He noted Georgia’s ex-Prime Minister Bidzina Ivanishvili had offered to finance the establishment of a botanical garden and five-star hotel on the occupied side of the ABL.