Who are Georgia’s new Ministers of Defence and State Reconciliation?

A short time ago Prime Minister Giorgi Kvirikashvili announced the two people who would be the country’s new Minister of Defence and State Minister for Reconciliation and Civil Equality.

The new Minister of Defence is Levan Izoria – current Deputy Head of the State Security Service.

PM Kvirikashvili said both of the candidates were "experienced” and "qualified” and he was confident they would perfectly fit their new roles.

This afternoon he also thanked the outgoing Defence Minister Tinatin Khidasheli and previous State Minister for Reconciliation and Civil Equality Paata Zakareishvili for their service, and said all the successful reforms they implemented in their ministries that were currently underway would continue.

Khidasheli and Zakareishvili, both from the Republican Party, announced their resignation last week and officially stepped down today. They did so to participate in the upcoming Parliamentary Elections after their party decided to challenge the October elections separate from the Georgian Dream (GD) coalition.

Who is the new Defence Minister? 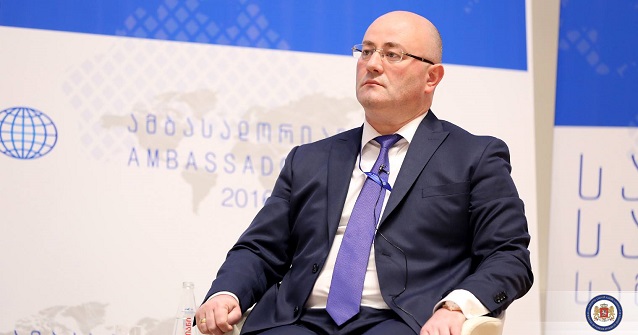 Until today Levan Izoria was Deputy Head of Georgia’s State Security Service. Before this job he was Deputy Minister of Internal Affairs of Georgia.

Izoria, 42, is Doctor of Law and a Professor. He received his masters and doctoral degrees from the University of Gottingen in Germany in 1999 and 2002 respectively.

In 2004-2006 Izoria was rector of the Academy of the Ministry of Internal Affairs of Georgia, the only authorised special professional educational institution in charge of training personnel for the Ministry.

Earlier he served as the Dean of the law school at University of Georgia, a Tbilisi-based private university. He also taught at Speyer University of Administrative Sciences in Germany.

Izoria, who speaks English, German and Russian fluently, is the author of four books and co-author of five books.

Who is the new State Minister for Reconciliation and Civil Equality? 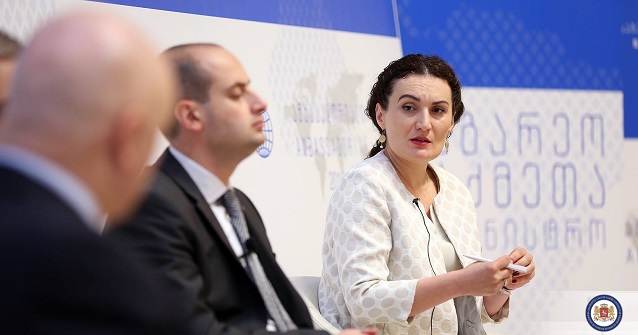 Ketevan Tsikhelashvili, 37, has worked in the State Ministry for Reconciliation and Civil Equality as First Deputy Minister.

She has a working experience in NATO Parliamentary Assembly, other international and research institutions.

Tsikheashvili has a Ph.D aspirant in Philosophy and Social Sciences at Tbilisi-based Ilia State University. Currently she’s a lecturer of European Studies at the same university.

In 2000 Tskhelashvili received her MA degree in International Relations and European Studies from the Central European University in Hungary. She holds BA in international relations from Tbilisi State University.

Prior to serving as a Deputy State Minister for Reconciliation and Civil Equality, she has been an elected chairwoman of the largest NGO association of Georgia, Eastern Partnership Forum Georgian National Platform. She has been actively involved in different international dialogue formats with Abkhaz and Ossetians, as well as chaired the second working group of Genevan International Discussions for the last three and a half years.