High speed internet coming to 2,000 cities and villages in Georgia

Georgia is embracing a $100 million project that will make Internet available for 2,000 Georgian cities and villages, meaning about 90 percent of the population will have Internet access.

Today the Government of Georgia approved State Program on Broadband Infrastructure Development in Georgia that ensured creating the fiber-optic Internet network in more than 2,000 cities and villages in Georgia.

The whole of the territory of Georgia has already been divided into several zones and in collaboration with the private sector and the country was one step closer to offer high speed Internet to its citizens.

The private sector will be involved in this process and enter the zones where Internet is already available and will ensure its better quality, while the Charity Fund Cartu will provide $100 million funding for those areas were Internet is not accessible and bringing the Internet is not economically beneficial.

This is an absolute charitable activity, without any business interest. The program’s estimated cost is about $100 million. This is true historic achievement, because access to the information is the main condition to create a free society,” said Georgia’s Prime Minister Giorgi Kvirikashvili.

The Cartu Fund together with the Innovation and Technology Agency of the Ministry of Economy will jointly implement the project, announced the Government of Georgia.

Georgia’s PM said the project was a "clear example” of charity and the public-private partnership. 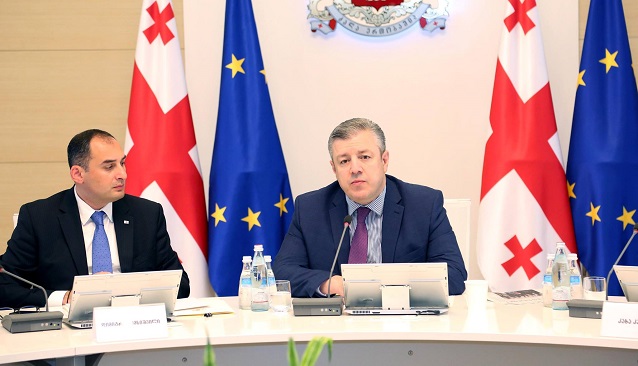 Georgian PM and Government representatives discussed the High Speed Internet for Everyone project at today's Government Meeting. Photo by the PM's press office.

The Government of Georgia revealed it wanted to provide the entire country with high-speed Internet, and launched the High Speed Internet for Everyone project in January 2015.

In the middle of the year the Government announced a tender and began searching for a company who would assist the state to implement the project.

In August 2015 a division of German telecommunications company Deutsche Telekom Detecon won the tender and signed an agreement with Open Net, an organisation within the Communications, Informational Technologies and Innovation Department of the Ministry of Economy and Sustainable Development of Georgia.

The project is being financially supported by the Cartu Charity Foundation - a charity fund established and financed by Georgian tycoon and former Prime Minister Bidzina Ivanishvili.

Earlier the Government of Georgia said the country will be provided with high-speed Internet by the end of 2017.

Currently it is believed about 40 percent of the population have access to the Internet.

Meanwhile, the latest research by the Caucasus Research Resource Centres revealed more people were using the Internet on a daily basis in Georgia.