Hundreds of historical notes and articles about Georgia’s 18th Century King Erekle II originally from old British press are being collected and published in a special book by Tbilisi’s Art Palace.

The three-stage project will ensure the publication and preservation of more than 300 historical notes about the Georgian monarch (also known as Heraclius II), which were printed in British newspapers three hundred years ago.

Kalandia said the articles - first obtained by the Tbilisi Art Palace from the National Library of Ireland two years ago - would be translated into Georgian in the first stage of the project. The translation will also include additional scientific comments that source the material. 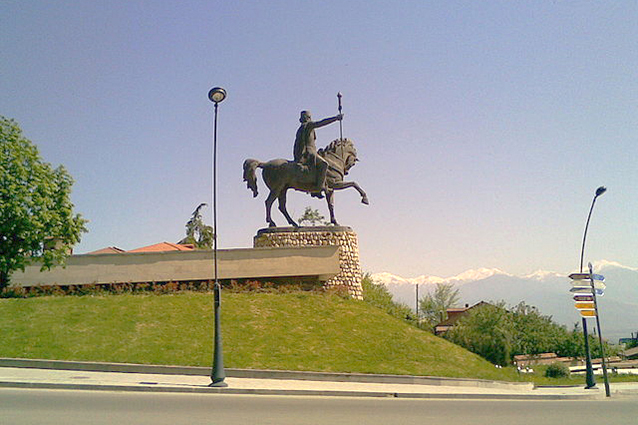 A monument of King Erekle II in Telavi town in eastern Georgia.

In the second phase, the translated notes will be collected in a special book published by the Art Palace.

The more distant third phase of the project will seek to return the complete archive on historical information about Georgia's nobility to Georgia from abroad.

The 18th Century notes and articles on King Erekle II were printed in British papers from the same era as his reign - about three centuries ago – including the General Evening Post and the London Gazette.

Reading these stories now sheds light on Europe's hopes of the Georgian King and his long struggles against invading Asian armies who strived to conquer the Caucasus on their way to Europe.

In the historic articles, King Erekle II is referred to as "the most experienced prince of the East" and a monarch dedicated to the principle of tolerance to all religions.

He succeeded in uniting eastern Georgia for the first time in three centuries, in the face of constant invasions from Persian and Ottoman armies.

The Georgian King scored a number of impressive military victories against invading forces but he decided on an alliance with the Russian Empire to safeguard Georgia against further invasions in the long term.

However the treaty he signed with Russia in 1783 did not prevent Georgia from being left on its own against the devastating 1795 Persian invasion before Russia itself annexed Georgia in 1801, three years after the King's death.