Georgia's Prime Minister Irakli Garibashvili has participated in the Unity Rally in Paris today to show Georgia's support towards France following the terrorist attacks that claimed 17 lives over three days in a spate of incidents in France.

"The tragedy united the whole world and revealed the power of unity,” Garibashvili said following the rally.

The Georgian PM participated in the rally alongside more than 40 world leaders and emphasized his and the Georgian people’s solidarity to the French nation "in these tragic moments".

"We have arrived here to express our solidarity to the French people. France is our ally nation; we remember the state’s support in the course of the August War in 2008 [between Georgia and Russia]. Today Georgia stands with France,” the PM said. 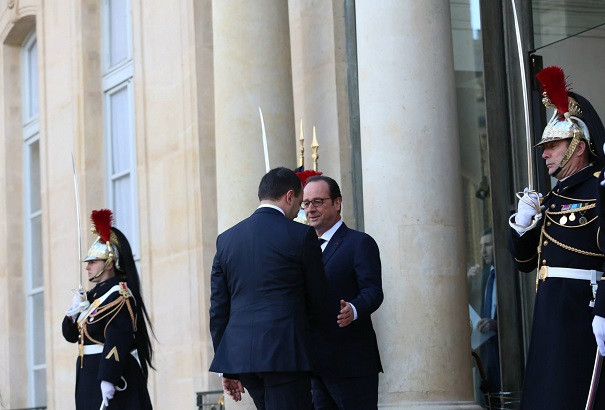 He stressed terrorism was intolerable.

"Uniting against terrorism is a very significant and right solution,” said Garibashvili, who announced his French visit yesterday.

They observed a minute's silence before the march began.

"Paris is today the capital of the world. Our entire country will rise up and show its best side," President of France Francois Hollande said.

"Fantastic France! I am told there could be as many as 1.3 million to 1.5 million of us in Paris," Francois Lamy, the lawmaker charged by the ruling Socialist Party to organise the rally, tweeted.