A new feature film by a Georgian director is set to make its world premiere to an audience of more than 100,000 at a top Scandinavian film festival.

In early 2016 the annual Gothenburg Film Festival will debut Anna's Life by Nino Basilia within its main competition. This and other films in the main category are competing for the Ingmar Bergman Prize.

Next year Sweden will host the 39th annual edition of the Gothenburg Film Festival, which is now regarded as the leading film contest in Scandinavia.

The event will launch on January 29 and conclude on February 8. During the 10-day competition visitors will be able to enjoy a range of screenings, concerts, art exhibitions and seminars led by film experts.

Anna’s Life will be one of about a hundred films screened at the Festival. The official program and schedule is due to be published on January 12. 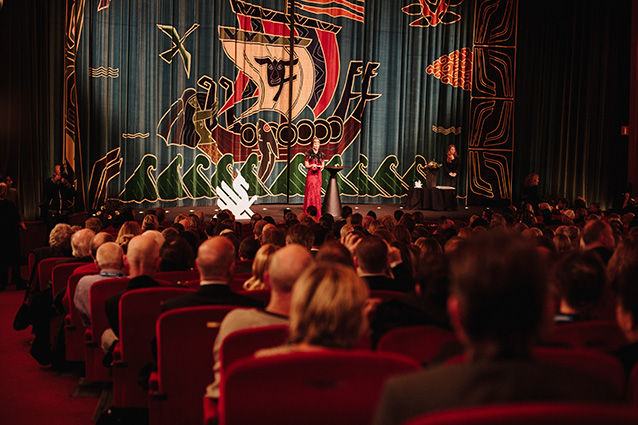 The Georgian film has only recently been completed in July the film was screened within the Work in Progress section of the Odessa International Film Festival while it was still in its production stage.

Basilia worked on her maiden feature film Naked in early 2015 before moving on to her second film Anna’s Life. Her first film project won 200,000 GEL money prize after placing third in a National Film Centre contest for debut feature projects.

Anna’s Life is scheduled to tour international competitions before debuting in Georgian cinemas in spring 2016.

The Gothenburg Film Festival was established in Sweden in 1979. More than 30,000 visitors took part in the 2015 edition, which featured 500 films from 89 countries in its program.