What has Georgia done to achieve a positive EU visa-free progress report?

Today is a historic day for Georgia – the country received a positive report from the  European Commission  and is one step closer to obtaining visa-free travel with the European Union (EU).

The CoE report stated Georgia had met all the benchmarks of its Visa Liberalisation Action Plan (VLAP) and in early 2016 the EU will propose a legislative amendment to let Georgian citizens travel to the Schengen zone visa free.

A visa-free regime could come into effect as early as next summer but the amended legislation must first be approved by all 28 EU member states.

For Georgia to achieve this historic milestone today, the Government of Georgia has carried out a range of reforms in several sectors to bring the country into line with European legislation and high standards.

All reforms were implemented in full to ensure visa liberalisation. And this means unequivocal consent to visa-free travel. Georgia has one again showed that it is a frontrunner of the Eastern Partnership,” said Prime Minister Irakli Garibashvili after this afternoon’s release of the CoE progress report.

Georgia’s Minister of Foreign Affairs Giorgi Kvirikashvili added: "We did even more that what was outlined in the VLAP.” 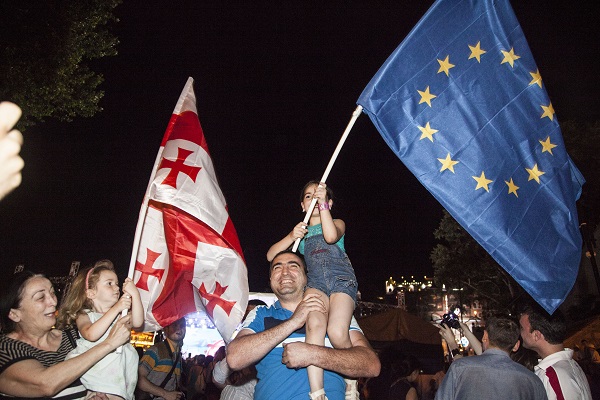 A range of reforms had been carried out for Georgia to get positive CoE report. Photo by N.Alavidze/Agenda.ge.

What has the Government done to meet its visa-free travel goal?

The Government stressed the successful completion of its VLAP obligations was thanks to joint efforts by all state structures.