The death toll is continuing to increase - Georgian officials have confirmed a 10th person has died following major flooding in Georgia's capital Tbilisi overnight. Several wild animals that escaped from Tbilisi Zoo, including tigers, bears and wolves, were still on the loose in city streets.

Meanwhile unconfirmed reports said 12 people had died in last night's ferocious flooding. Rescue officers were believed to be among the victims. Also, the number of people who remained missing after the floods was also increasing, said officials.

Prime Minister Irakli Garibashvili said each family who had lost a loved one would receive 10,000 GEL (about 4,500 USD) financial aid from the state. 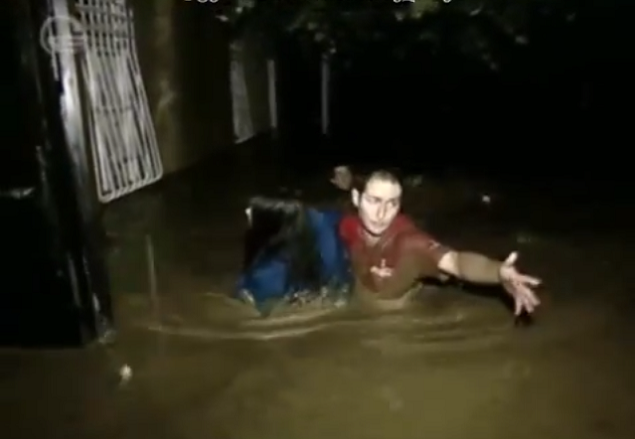 People help each other get out of flooded buildings and yards. Imedi TV footage.

As of this afternoon, 36 people had been taken to Tbilisi hospitals. Of these, 16 remained there with broken bones and other injuries.

About 180 people were trapped in the Akhaldaba village, about nine kilometres from Tbilisi after a major landslide isolated the site from the rest of the district. Helicopters are due to drop drinking water, food, blankets and other vital items to the affected people as soon as possible, said a spokesperson in charge of handling the situation.

Several wild animals, including lions, tigers, bears and wolves who escaped from the Zoo after cages were damaged, still remained unaccounted for and were believed to be running loose on Tbilisi streets. Helicopters are continuing to search for the animals from the sky.

Authorities said some of the animals had been tranquilised or killed, but an unknown number were still on the loose. People were being asked to remain indoors until all of the escaped animals were recaptured. 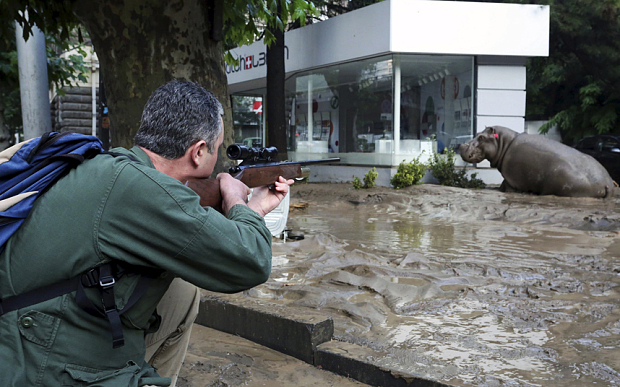 A man shoots a hippopotamus with a tranquiliser dart. Photo by Reuters.

PM Garibashvili has set up a special agency to handle the disaster. All relevant services are being mobilised by the agency, including searching for bodies, survivors and escaped zoo animals. 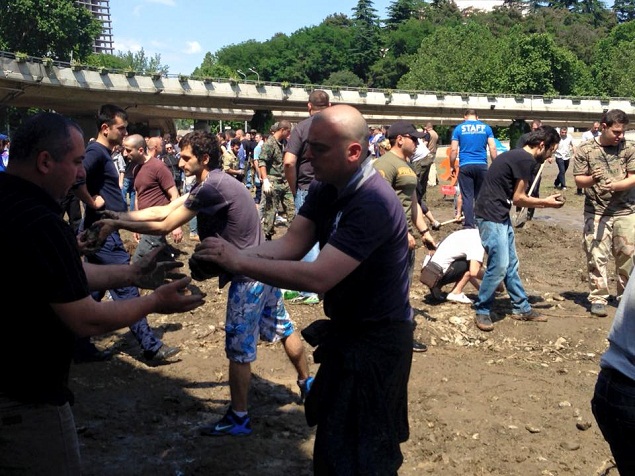 Volunteers clean Tbilisi after the deadly flooding. Photo by B. Danelia.

Meanwhile hundreds of volunteers gathered near Heroes Square, one of the most affected areas, and helped rescue officers clean the city. Some parts of Tbilisi were severely destroyed.

Tbilisi residents and people from nearby cities started bringing food, warm cloths and other vital items to municipal centres to help families whose houses were completely swept away by the swollen Vere River.