A disaster is unfolding in Georgia's capital Tbilisi.

Heavy rain is causing major damage in Tbilisi's Vake-Saburtalo district. Roads have been swamped, cars have been washed away and houses have been severely flooded.

Dozens of wild animals including tigers, wolves and bears escaped from Tbilisi Zoo and people are being advised not to leave their homes.

Some parts of central Tbilisi remained flooded and rescue officers were trying to evacuate people out of the troubled area with boats. 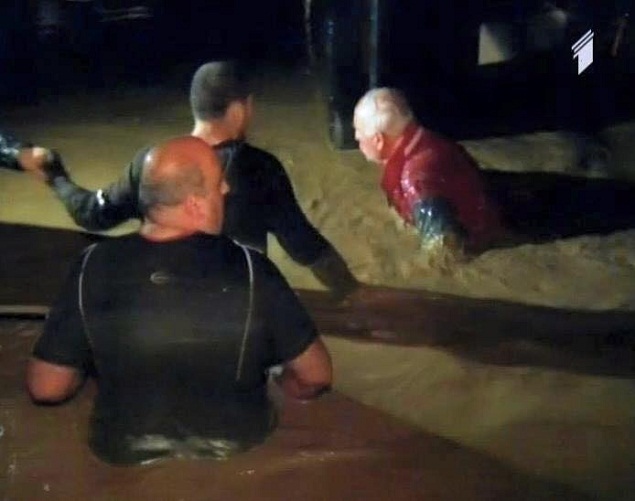 Meanwhile several people were trapped in flooded houses in Tbilisi’s Vake and Saburtalo districts, where the swollen Vere River caused major problems to the infrastructure.

A special agency was set up upon Prime Minister Irakli Garibashvili’s order, and was instructed to handle the disaster.

The Prime Minister and Tbilisi Mayor were now at the flooded area and were monitoring the rescuing process.

Several people have been taken to hospital. It is believed there will be casualties.

Mayor Narmania confirmed that several animals had escaped from the Zoo but urged people to remain calm and not to leave their homes.

"Special services are now trying to return animals back to the Zoo and I believe it will happen shortly,” he said. 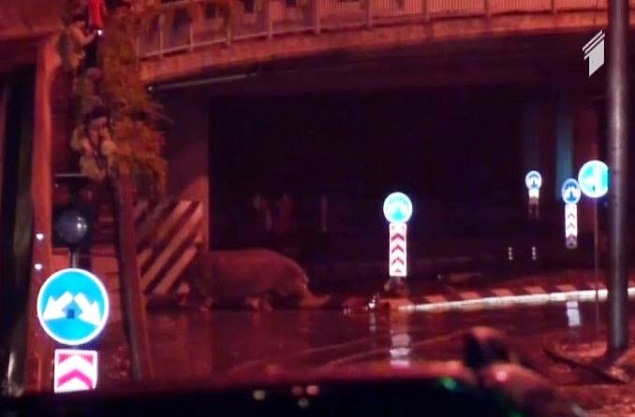 A hippopotamus was spotted by cameras at Heroes' Square near Tbilisi Zoo. Georgia's Public Broadcaster footage.

Many roads in the central city were severely flooded. Rescue officers managed to evacuate several people from ground and first floors of flooded buildings, but some were still asking for help inside flooded buildings.

Meanwhile those living in the flooded area were asked to turn their electricity off so that rescuers could be safe while working.

The Interior Ministry said soldiers had been mobilised and they would join rescue officers if needed.

Citizens who were unable to connect to the 112 emergency number as it was engaged, were asked to call 1505 or 2722222, which were the Health Ministry and Tbilisi City Hall hotlines respectively.