The European way is not only a political decision but a cultural choice of the Georgian nation, said the country’s President Giorgi Margvelashvili at the Prague Summit dedicated to the fifth anniversary of the Eastern Partnership.

"I believe Georgia’s way into the European family will be peaceful and bring many benefits for the country as well as for our European partners,” Margvelashvili said in his speech at the global summit.

Attending the event were Presidents representing Austria, Poland, Slovakia, Hungary, Moldova and Armenia, other global officials and the European Commissioner responsible for policy and the enlargement of the EU Stefan Fule.

In his speech Margvelashvili also referred to the crisis in Ukraine said there were similarities between the current crisis and the situation in Georgia in 2008. 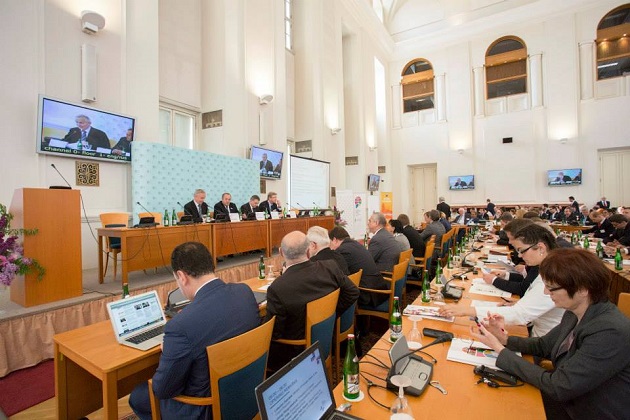 "We are deeply concerned about developments in Ukraine. But the same thing happened six years ago in Georgia, and we know, unfortunately, Russian politicians have not received a clear message that this is not the way to communicate with its neighbours and this format of communication is not permitted.”

"[This] fact has created a precedent for the Russian Federation to repeat the same thing in 2014.”

The Ukraine crisis was also discussed between Margvelashvili and Ukraine’s Acting Foreign Affairs Minister Andrii Deshchytsia when they met earlier today in the framework of the summit.

The Georgian President expressed eagerness to support Ukraine to hold the expected Presidential elections transparently and in a democratic manner.

"We agreed to cooperate with our Ukrainian counterparts in different kinds of formats in order to ensure the next Presidential elections on May 25 are recognized by the world,” Margvelashvili told media representatives after his meeting with Deshchytsia.

Deshchytsia believed Ukraine was being threatened and referred to Russia’s order to launch new military exercises on its border following the Ukrainian military raids. This could further aggravate the situation in his country.

"In the eastern region of Ukraine we have launched an 'anti-terror' operation against those groups that are supported by the Russian Federation to restore the order,” Deshchytsia told Georgian journalists.

At the EaP Summit, Margvelashvili highlighted the importance of further deepening the level of cooperation between the Eastern Partnership (EaP) countries.

He focused on the European Parliament’s April 17 resolution about Russian pressure on Eastern Partnership countries that outlined EaP countries had European perspectives.

"Pursuant to Article 49 of the resolution EaP countries – like any other European state – have a European perspective. Also, it opens new ways for Moldova, Georgia and Ukraine for third countries not to interfere in the processes,” Margvelashvili said.

He believed the EaP had supported Georgia’s democratic development over the past five years. 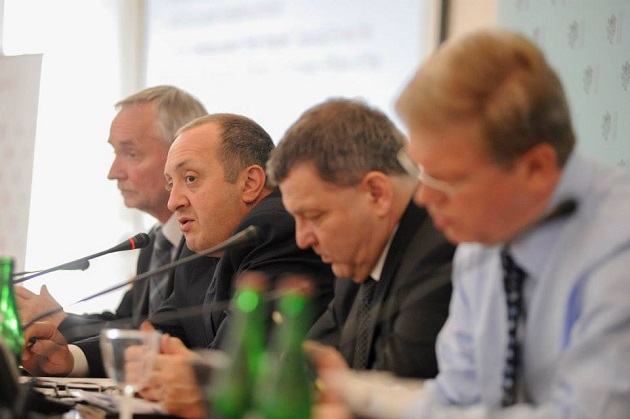 The European Commissioner for Enlargement and European Neighbourhood Policy Stefan Fule again reaffirmed that Georgia and Moldova would sign the Association Agreement by June.

"The important foundation of democracy is stability. Cooperation and joint ownership of the process will create confidence and loyalty, providing stronger foundations for democracy to flourish,” Fule said.

"We do not export democracy, we offer a helping hand. We offer a comprehensive and genuine partnership. A partnership that is based on respect for common values, of democracy, the rule of law, respect of fundamental rights and freedoms.”