A Georgian residency hosted five authors from countries of the European Union’s Eastern Partnership programme in their work on a collection of stories in an effort to raise awareness on societal issues ranging from gender equality to human rights and positive parenting over the past five days in the eastern city of Telavi.

Designated for both children and adults, the collection involves texts incorporating the socio-economic context of the South Caucasus region and covering issues that also include public stereotypes, prejudice and male involvement in parenting.

The literary creatives from the member states of the EaP - Armenia, Azerbaijan, Georgia, Moldova and Ukraine - were brought together in Telavi in the residency under the non-governmental organisation Care Together’s global MenCare campaign and the EU 4 Gender Equality programme. 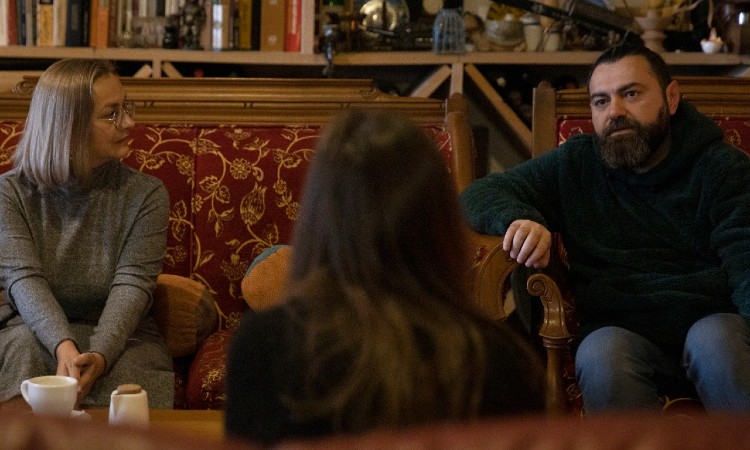 Natalia Trokhym is a Ukrainian author, translator and children's book publisher. Natalia has translated poetry and fiction from English, Polish, Lithuanian, Belarusian and Georgian languages. Armen Ohanyan from Armenia is a fiction writer and essayist. He has been the President of the PEN Armenia association since 2017. Ohanyan’s short story Who Wants to Be a Millionaire appears in the 2015 edition of Best European Fiction collection by Dalkey Archive Press. Photo: Giorgi Dadiani

Funded by the European Union and implemented jointly by UN Women and UN Population Fund, the programme sets out to “encourage the wider public” to consider challenges, stereotypes and clichés preventing the creation of a social environment of equality in EaP countries.

We asked Dilara Büyüktaş, the Programme Associate for EU 4 Gender Equality, about the importance of such programmes for the modern world, including for Georgia and other former Soviet countries.

She said gender stereotypes were among the “root causes” of inequalities and discrimination, which made it “critical” to address and shift the mindset via a “holistic approach” of working in several areas to influence the change starting in childhood. Buyuktas also noted the EU 4 Gender Equality had reached over 13 million people with messages on promoting gender equality since March 2020.

Through three years of implementation in the region, EU 4 Gender Equality project showed that perceptions can be changed by challenging harmful social norms and prejudices through innovative ways and creating a safe environment to discuss around them”, the UN Women representative told us.

Mirian Jugeli, the co-founder of the Men Care campaign that aims to increase male involvement in achieving gender equality in Georgia, said he believed the authors of the residency had enjoyed a “great opportunity” to exchange their experience and thoughts on how to tackle the “really harmful stereotypes and clichés” preventing tangible gender equality. 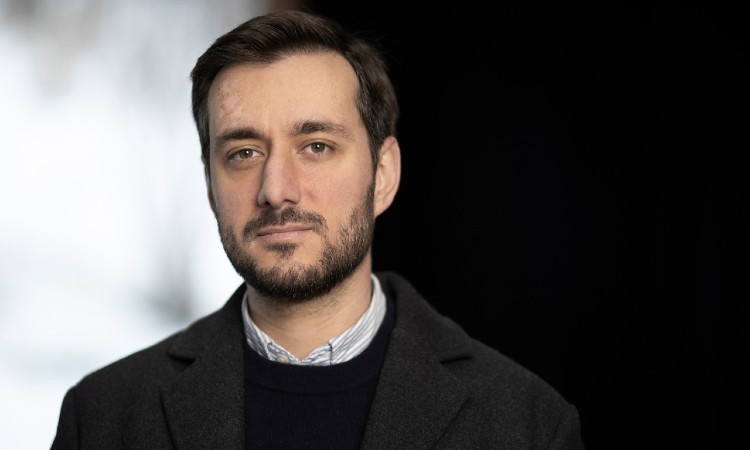 Studies in the South Caucasus have shown men not being involved in family roles at the level of mothers, Jugeli pointed out, adding he believed books on the subjects were a “very good way” to reach both children and parents.

The campaign co-founder said around the age of five children “already understand the quality of society, preferences for boys for example [and] high demands for girls to achieve something in their lives”.

We think this is a kind of situation when we introduce children to gender equal texts, but also we introduce [the books to] their parents, who influence their kids’ lives a lot”, he added.

The authors of the residency said they had clearly understood the role of their works in promoting social and behavioural changes for overcoming barriers to achieving actual gender equality.

Mindia Arabuli is a Georgian author whose 2020 debut short story collection The End of Every Story was shortlisted for the Saba Award for Prose Debut of the Year. Today Arabuli works at the creative advertising agency Leavingstone as a Creative Director. He told agenda.ge he had decided to participate in the programme as it presented a “unique challenge” to use his talent as a writer to address important issues and contribute to raising awareness in society. 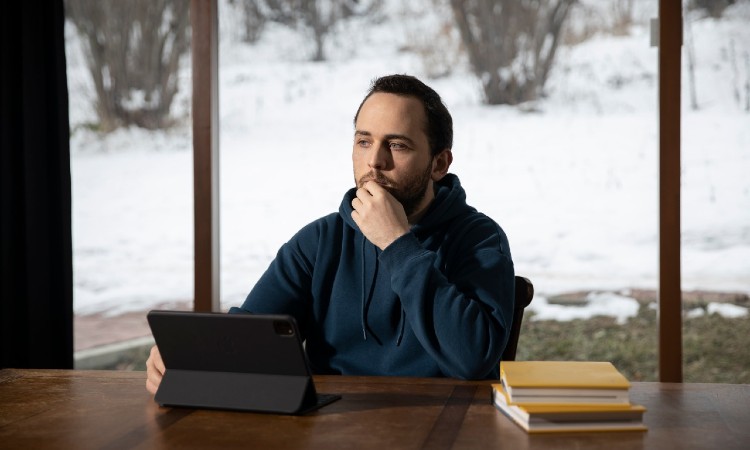 Arabuli said literature had the ability to “broaden our perspectives”, making it useful for purposes such as the goal of the programme through its “power to effect change”.

He also explained he had picked the topic of responsible fatherhood for his work for the collection.

The role of a father in a child's life is one that cannot be understated, and it is a topic that is particularly close to my heart. As we all largely come from childhood, I suppose this might be resonating not only with me”, Arabuli said.

Moldovan author Paula Erizanu, who worked as the Culture Editor of The Calvert Journal between 2019-2022 and authored work that appeared in publications including The Guardian, and London Review of Books, was also nominated for the Words by Women Award as the United Kingdom’s culture journalist of the year in 2019. 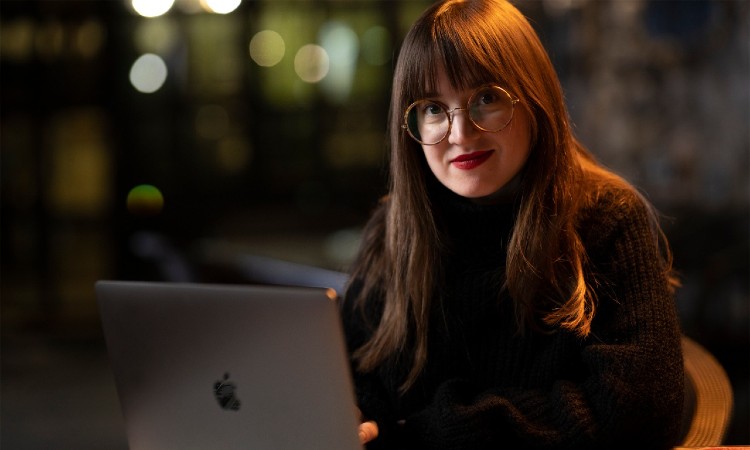 Erizanu told us while many children might enjoy old tales, they also need “new vocabulary, new stories, new ways of sharing human experiences and perspective”. She noted it was “really interesting” to discover both new writers from the South Caucasus and the type of social project that hosted the Telavi residency.

In her work for the programme, Erizanu focused on Roma people - the largest ethnic minority in the European Union - and said she wanted to share their history with new readers that had “less prejudice than previous generations”.

[At the end of the story] she is a very accomplished woman with a law degree of the New York University, very ambitious, with a good job, and she was able to come here due to her education [and] spirit, but also due to people around her, because she found some ‘angels’, and it is important to know that we can [also] be each other’s ‘angels’”, Erizanu said in her summary of her work.

Organisers said the collection of works resulting from the residency would be published in English and the native languages of the participating authors, and presented at an event in Georgia as well as at a designated international book fair.