Tina Tskhadadze-Ratiani, a Georgian artist representing the 90s generation, has designed a book of the poem Stumar Maspindzeli [Guest and Host] by Georgia’s iconic poet Vazha-Pshavela, translated in Japanese, in the style of Japanese manga illustrations,  with the Georgian National Museum currently exhibiting the illustrations till January 15.

The Georgian artist, whose work generally conveys a rebellious feminist spirit, portraying a strong woman, tried to convey the poet's vision of the characters of the poem, which was first published in 1893 and is considered to be the "masterpiece of Georgian literature". She created an atmosphere reflecting the style and character of the period: unique architecture and interiors of houses, everyday objects, clothes, military equipment, etc., through the overall “artistic integrity” of the drawings and their detailing, “combining the modern style with the traditional one”, the Museum said. 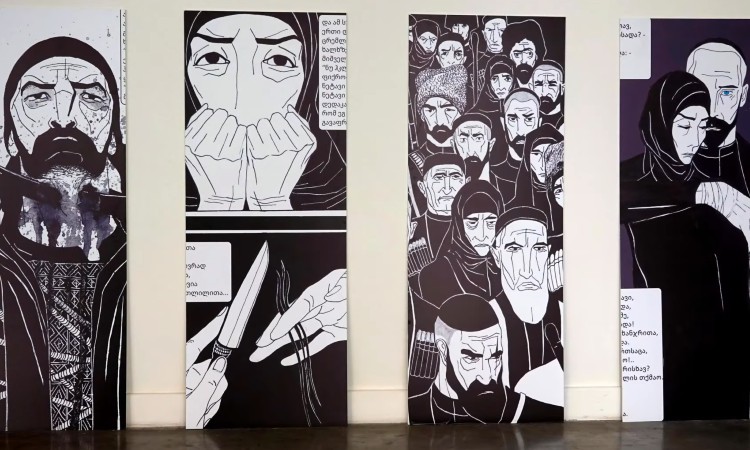 The illustrations are an intermediate version of the traditional and manga styles, with the artist using a free interpretation of the Japanese manga style, portraying the main characters of the poem with an “equally interesting and complex inner nature”. 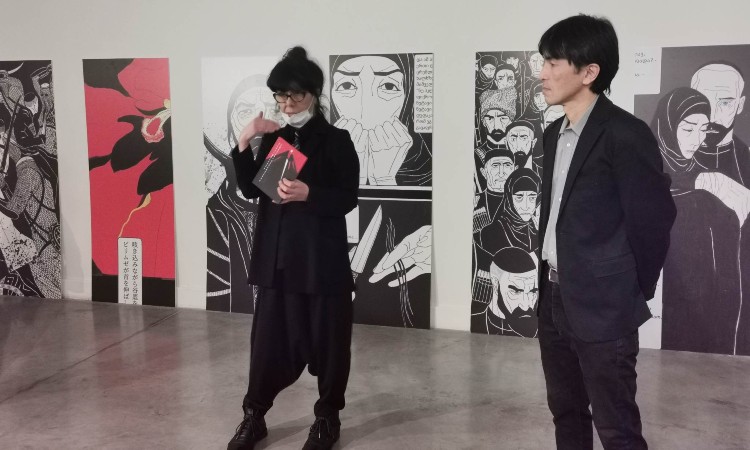 By the publication of the book, the Georgian poet Vazha-Pshavela is introduced to Japanese readers with the translation by Yasuhiro Kojima, a Japanese Kartvelologist and a lecturer at Tokyo University of Foreign Studies, who is an active interpreter and translates prose works from Georgian into Japanese language and vice versa.

In his poem, Vazha-Pshavela deals powerfully with the problems raised by the interaction of an individual with society, depicting the conflict between the person and the community.

Born in 1861 in Pshavi in Georgia's northeast, Luka Razikashvili adopted the pen name Vazha-Pshavela to signify his highland origins, authoring many world-class literary works, a dozen poems, short stories and theatre plays, as well as literary criticism, journalism and scholarly articles of ethnographic interest, with his work translated into dozens of languages including English, French, German, Russian and Japanese.