Ambassador of Georgia to Ukraine: it is our “direct duty” to help our compatriots in Ukraine

Since the outbreak of hostilities in Ukraine last month, a decree of the Prime Minister of Georgia instructed diplomatic missions of Georgia in the country to organise evacuation of Georgian nationals to their home country and provide them with basic assistance on the backdrop of the war.

The Embassy of Georgia to Ukraine in Kyiv, the Consulate General in Odesa and the Consular Point in Lviv all continue to work in an emergency mode to assist Georgian citizens in the process, based on instructions of the Georgian Government.

In addition, Georgian diplomatic missions in Ukraine, Romania, Poland, Moldova, Slovakia and Hungary have also been put into emergency mode, transferring citizens from Ukraine to the neighbouring countries before they proceed to Georgia. A 24-hour hotline has also been launched both in Ukraine and in Tbilisi, where the consular service directs individual calls. By March 10, up to 1,600 citizens had returned to Georgia through various countries in the process organised by state authorities. In order to evacuate its citizens from Ukraine to Poland, the Georgian Government decided to provide free special bus services between March 6-16 on a pre-booking basis. At the time of the publication of this piece, about 500 Georgian citizens have been evacuated from Ukraine through this route, while 220 Georgian nationals are set to be provided with similar assistance this week with the involvement of the Georgian Government. 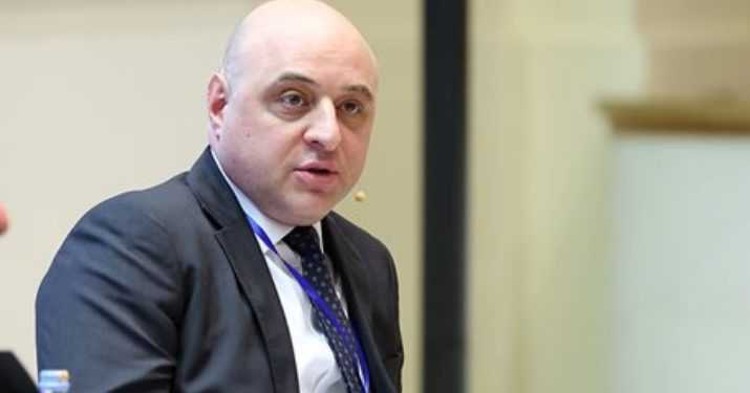 The Embassy of Georgia is among a small number of diplomatic missions that still remain on the territory of Ukraine during the ongoing hostilities. George Zakarashvili, the Ambassador Extraordinary and Plenipotentiary of Georgia to Ukraine, was interviewed by agenda.ge and said the functioning of the Embassy was a "direct duty to help our compatriots in Ukraine" despite the active hostilities.

Currently, I am in Lviv, as a large number of citizens is concentrated in the territory of western Ukraine’s Lviv region and most of them leave the territory of Ukraine through the Ukrainian-Polish border," Zakarashvili explained.

The Ambassador also said representatives of the Georgian Embassy were “trying their best” to help Georgian citizens from the “very first days” of the Russian aggression in Ukraine. "First of all, we gave and continue to give advice on how to act in the current situation”, the Ambassador pointed out. He added it was “very important” that the Georgian Embassy “did its best” to reach out to the thousands of Georgians in the country with the assistance of the Georgian diaspora and local organisations.

The flow of citizens is regulated by land, the Ambassador said, with the concentration of Georgian nationals in Lviv and neighbouring districts prompting the Government to decide to evacuate them in the direction of Warsaw and assign the bus services for the route. In addition, organised evacuation of Georgian nationals by buses was carried out by the Consular Service of Georgia in Odesa. The buses operate in the direction of the Republic of Moldova, before passengers are transferred to Romania, and subsequently routed to Georgia. More than 300 citizens of Georgia have used the route so far. The Ambassador also noted a charter flight from Romania to Tbilisi, organised with the support of Georgian businessman Dimitri Abdushelishvili.

According to the Georgian diplomat, the “most important thing” in the process was “constant communication” with the citizens, in addition to provision of phone consultations, and intermediation with the Ukrainian side for medical services, evacuation requirements and other issues.

We help all Georgian citizens leaving the territory of Ukraine with various types of support, including food and basic necessities, if needed,” Zakarashvili told the interview, adding there were many Georgian-Ukrainian families and the staff of the Georgian Embassy was helping them “as much as possible”.

The head of Georgia’s diplomatic mission also told us about an “unprecedented consolidation of Ukrainians and an uncompromising fight against the Russian aggression” seen during the process, as well as mutual assistance and support among Georgian citizens in Ukraine. The Georgian diplomatic missions were in constant contact with the Ukrainian side on logistics and security issues, he added. "Our Honorary Consul in Lviv is very active in helping us and the Georgian citizens,” Zakarashvili said. 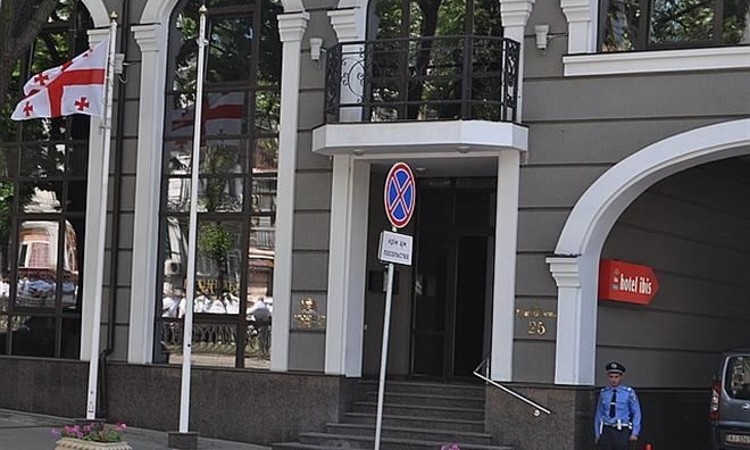 The Ambassador also mentioned technical issues with communication, which he said only concerned certain areas in Ukraine.

Some cities are bombed to the degree that the communication infrastructure is broken and in some cities, for instance Mariupol, it is very difficult for us to communicate with Georgian citizens," Zakarashvili noted.

Describing the busy communications on hotlines, the Ambassador said the number of calls was “very high”, adding in some instances calls were being received while a previous caller was still on the line. Embassy staff attempted to get in touch with citizens in cases where their calls were missed due to the lines being busy, he added, while also mentioning “alternative ways” of communication, including a hotline operating from Tbilisi by the central office of the Georgian Ministry of Foreign Affairs.

We know very well what the struggle for freedom is -  Georgia has also shed blood for a choice it has made historically, and today we stand by Ukraine as much as possible, both in terms of practical and political support", the Ambassador told us.

Zakarashvili’s recommendation to Georgian citizens in Ukraine remains unchanged - "If citizens are near an area of ​​hostilities and have an opportunity to leave, it is better to do so - either individually or with our help. Those who decide to stay in Ukraine should refrain as much as possible from actions that could endanger their lives, use shelters and all the means of safety offered to them by the Ukrainian side."