In late May, Jordan’s royal family formally presented a 4,000-square-metre plot of land near Jordan River to Georgia for the purpose of opening a Georgian culture centre near the site of the baptism of Jesus Christ, with Prime Minister Irakli Garibashvili calling the move a "great gift and joy" for his country.

Both secular and clerical authorities were involved in the transfer of the plot near the river that flows through the Sea of Galilee and towards the Dead Sea and bears symbolic significance in both Judaism and Christianity. It is bordered by the West Bank and Israel to the west, and by Jordan and the Golan Heights to the east.

Zaza Kandelaki, the Ambassador of Georgia to Jordan, spoke with agenda.ge about the importance of the development for Georgia, talks that preceded the handover, and plans for the culture centre designated for the location. 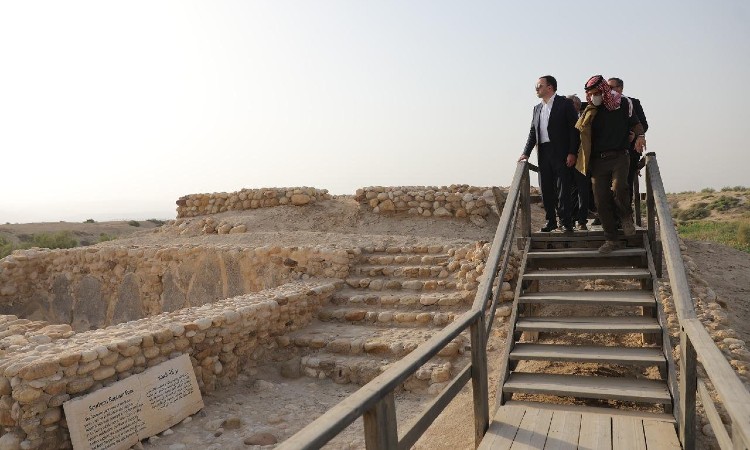 Kandelaki said he was “proud” to have been given the opportunity to take part in what he called an “important event in the modern history” of Georgia, and noted his “great admiration” for the royal family of Jordan, which had been officially granted the status of the Guardian of the Muslim and Christian shrines in the Holy Land.

The diplomat said the gift marked a “continuation of the centuries-old tradition of Georgian presence on the Holy Land, and a means to successfully continue the legacy of all great Georgians”.

Georgia has received this site as a gift, for the plans of building a cultural centre, which is unique in that, for the first time in the past 300 years since Georgia lost all ownerships in any territory of the Holy Land, the Jerusalem Patriarchate officially agreed to transfer ownership of this plot to [the country]”, Kandelaki said.

The Ambassador noted the process had started in 2012, during a visit of the Georgian Orthodox Church Patriarch to the Holy Land and a proposal by the clerical leader to King Abdullah II of Jordan for allocating a plot of land for a Georgian cultural centre. While the idea found no immediate development, the Georgian side later resumed work towards it “in various directions” starting in 2018, he said.

Talks were held with the Royal Court of the King in Jordan, the office of Prince Ghazi bin Muhhamad - the King's advisor on religious matters - the Archbishop of Jordan Christophorus Attallah, the Patriarchate of Jerusalem, and the Jordanian Tourism Ministry”, Kandelaki pointed out.

The Georgian delegation involved in the talks worked to introduce the Jordanian side to the history and culture of the country, including the “long tradition” of its presence in the Holy Land that dated back to the 4th century CE.

“We tried our best to raise awareness of the great historical traditions that Georgians had in the Holy Land in various strata of the Jordanian public”, said the Ambassador. 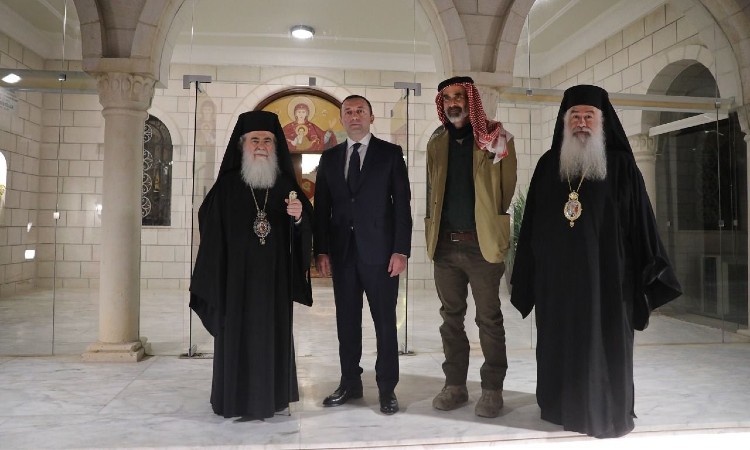 He also called the “active support” of the Georgian Government “crucial” for successfully managing the complex negotiations, highlighting Prime Minister Irakli Garibashvili had first become involved in the talks in his time as the Defence Minister, joining the discussions directly after assuming the role of the Government head.

Garibashvili sent a personal letter to Prince Ghazi bin Muhhamad advocating for a positive decision on the matter of launching a Georgian cultural centre at the location, Kandelaki told us, adding the Embassy had been sharing information with the Georgian Patriarchate while he was also in constant contact with Ilia Darchiashvili, the then Head of the Government Administration and current Foreign Minister.

The talks were completed with King Abdullah II’s invitation in late May for Garibashvili to visit Jordan for the formal transfer of the plot. Kandelaki noted the occasion marked the first “bilateral, high-level” visit of the Georgian Government to the country, with meetings held with the King and Theophilos III, the Patriarch of Jerusalem.

The Georgian Prime Minister was accompanied by Prince Ghazi during the visit, which was considered a "special honour" according to the etiquette of the Kingdom of Jordan, the diplomat highlighted.

As part of the occasion, Garibashvili extended his gratitude to Patriarch Theophilos III as well as to Cristophorus, the Archbishop of the Jordanian Orthodox Church for their contribution to the handover, emphasising the importance of the move for Georgia. He also presented the Georgian state Order of the Golden Fleece to King Abdullah II of Jordan in a return gesture. 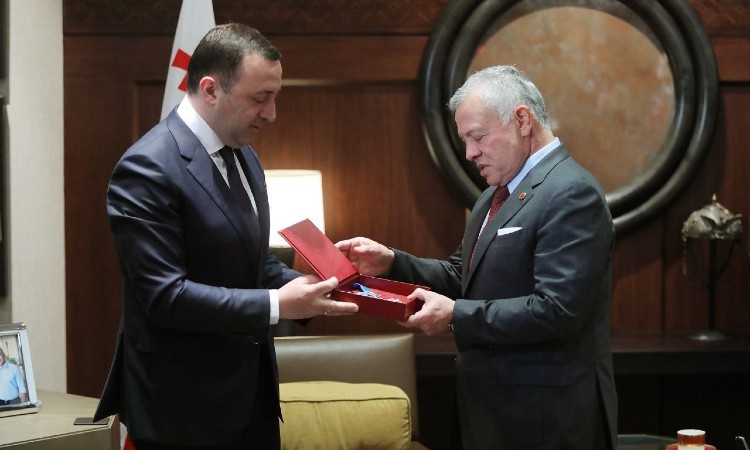 “A memorial plaque with inscriptions and signatures of the Georgian Patriarch and Prime Minister was unveiled during the official transfer ceremony. On a separate banner, [the] Georgia[n Government] expressed its gratitude to King Abdullah II and Patriarch Theophilos III of Jerusalem [for the move]", the Ambassador noted.

Kandelaki also said he believed the establishment of the cultural centre at the location would “significantly contribute” to the deepening of people-to-people ties and growth of tourist flows between the two countries.

“The Georgian cultural centre should present the great historical and cultural traditions of Georgia, as well as the rich history of the Georgian Autocephalous Church, as an important part of the worldwide Orthodox church”, he said, adding the Government had set up a commission to work on the concept of the venue, with construction work expected to begin early next year.

Kandelaki said he was “convinced” the centre would make a “special contribution to the spiritual, cultural, educational and political life” of Georgia at the location, “as it befits the centuries-old traditions” of the country’s presence on the Holy Land.