The Micro and Small Business Support Programme launched by the Enterprise Georgia state campaign under the Economy Ministry in 2015 has been a “significant contributor” to the development of micro- and small-size entrepreneurship in the country, Mikheil Khidureli, the Head of the campaign, said in an interview with agenda.ge.

Khidureli told us the programme was “especially relevant” in Georgian regions, as it gives priority to entrepreneurs from the country’s rural areas, highland settlements and women entrepreneurs. New priority groups have also been added to the competition this year, including internally displaced persons, people with disabilities and entrepreneurs aged under 29.

Composed of several key stages - including training, business plan development, interview, and evaluation of existing assets - the programme seeks to establish a “modern entrepreneurial culture” in the country and create new jobs.

The campaign Head told us equal development of regions and creation of an inclusive economic environment in the country were parts of the Government policy, adding tourism services with high inclusion and intellectual service projects were also in the focus of the programme.

Created in 2018, the brand participated in the programme aiming for expansion and scaling up of existing production, founder Teona Otanadze told to agenda.ge, adding the company was oriented on both local and foreign markets. 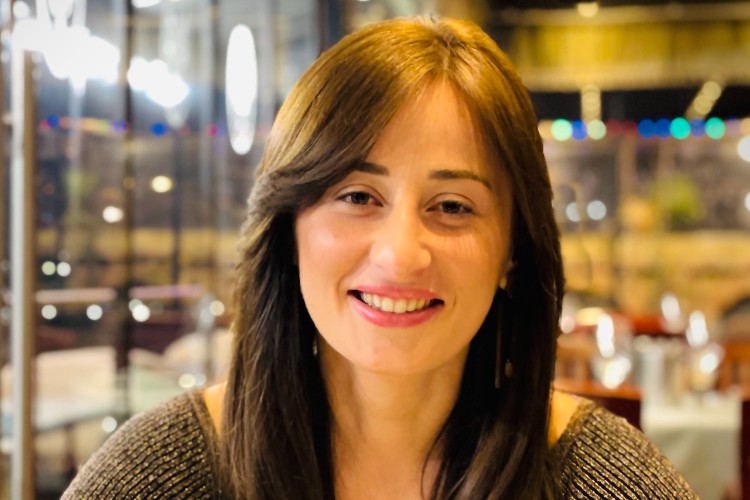 Otanadze told us the funding enabled her to refine the quality of production, increase production and create more new models, while simultaneously focusing on entering new markets. Photo: Enterprise Georgia

“In the near future, I plan to develop additional channels in the European market and supply products. The plans are big, the enthusiasm much more. anything is possible,” Otanadze said.

The Georgian entrepreneur called the programme the “best opportunity” to assist the local small businesses and noted the benefits received through it would move her business forward “quite a bit.” 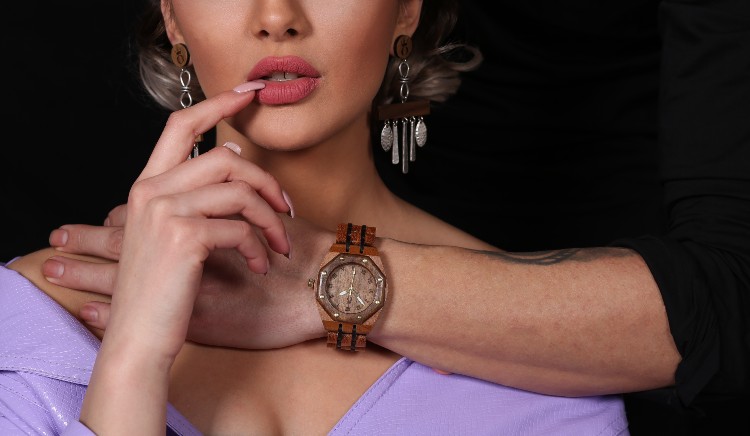 Otanadze Design includes wooden clocks and various other custom-made accessories with at least one detail in each item “always being different,” the founder of the brand said. Photo: Otanadze Design

Another beneficiary of the programme is Giorgi Sopromadze, who produces wheelchair covers and received funding from Enterprise Georgia in 2021 in the sum of 28,000 GEL ($9,100/€8,376).

Sopromadze told us when he began a collaboration with Georgian Wheelchair Production years ago he discovered a number of challenges related to the product in terms of its quality, price and delivery time. Sopromadze then came up with the idea to open a sewing shop producing wheelchair covers.

He acquired modern sewing machines capable of working with the most complex materials, an overlock and an embroidery machine through the funding he received. 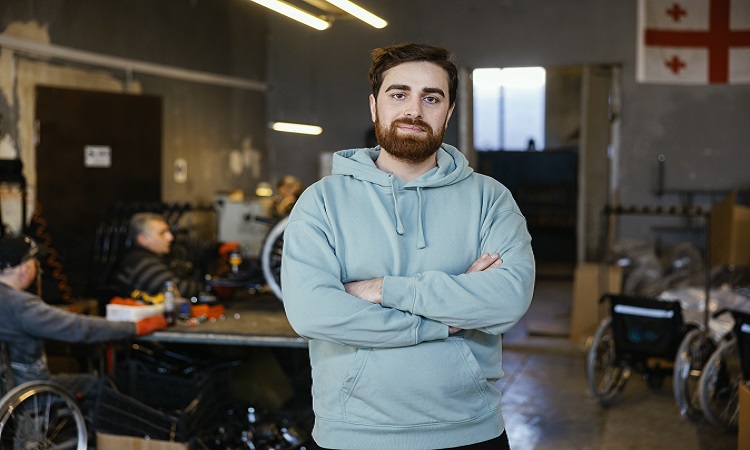 Sopromadze told agenda.ge production of the wheelchair covers was not the only item for his enterprise. He has launched manufacturing of special clothes for persons with disabilities, and received individual orders for various other items, such as hats and bags. Photo: Enterprise Georgia

As a result of the micro- and small-size entrepreneurship support programme, about 18,000 jobs have been created in the country, with up to 1,400 business ideas expected to be funded in this year’s competition to “create new jobs and bring additional prosperity to our citizens,”  Khidureli said.