Inside Georgia's first indoor vertical farm:
How SpaceFarms may foreshadow the future of Georgian agriculture

Imagine walking into a supermarket to pick up freshly harvested lettuce, basil, rucola or micro greens harvested from a vertically stacked farm only hours before you'd arrived.

At the initial stage of the project six modular farms will be placed around Tbilisi next month. One kiosk will produce about 500 plants and the price of one plant will be about 3-4 GEL.

Consumers will be able to pick the plant themselves directly from the modular farm and take it at home. It comes with roots and sustains all the healthy nutrients until consumption. Isn’t it amazing to know your food, where it’s from and how it’s grown?", said young Georgian entrepreneur Tusya Gharibashvili, who is the founder of SpaceFarms and aims to shake up traditional farming practices in Georgia by developing a new generation of high-tech farming in the country. 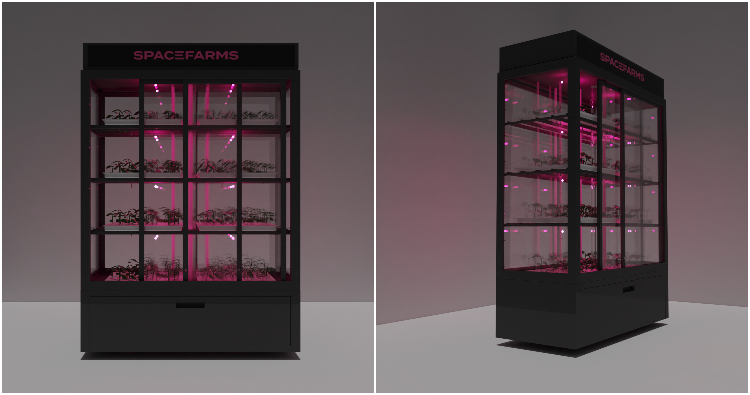 One kiosk will produce about 500 plants and the price of one plant will be about 3-4 GEL. An artist impression.

Before the modular farms appear in the city consumers can purchase a healthy mix of greens upon request. To get the mix of greens handpicked and delivered to your doorstep, you can subscribe here.

This is also a unique service as I was the first in Georgia to introduce a subscriber service on vegetables. From our farm, straight to your table within a couple of hours after harvesting. It’s that fresh”, Gharibashvili said. 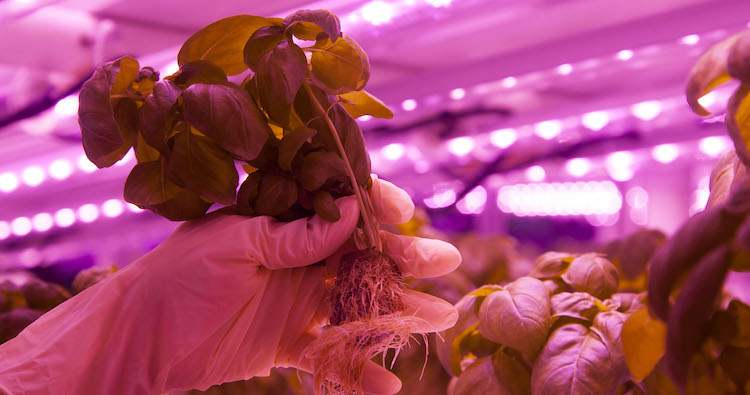 Housed within the award-winning Stamba Hotel in Tbilisi, SpaceFarms is the first commercial indoor farm in Georgia where plants are grown on top of each other, rather than in traditional, horizontal rows. In addition to growing fresher and healthier micro and leafy greens year-round, SpaceFarms is environmentally friendly, produces very little waste and has a significantly smaller carbon footprint than traditional agriculture. 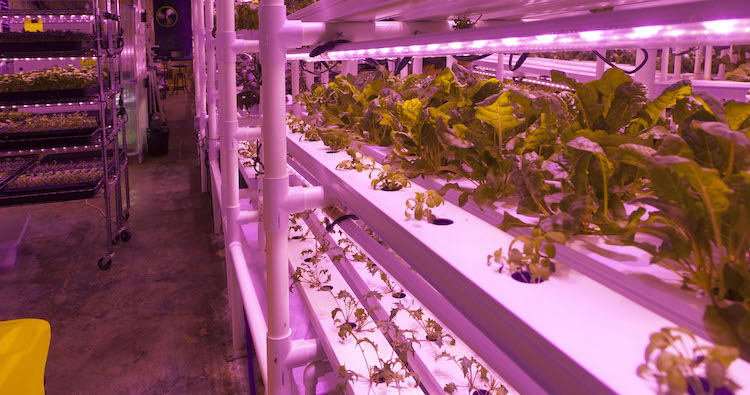 By using disruptive technologies, we fully control the environment (light intensity, nutrient intake, humidity, carbon dioxide emissions, and temperature) to yield optimal plant growth. Regardless of the season, we’re able to deliver fresh micro and leafy greens directly to your table within hours of harvest. We are proudly supplying all Adjara Group’s properties and several other loyal restaurants in Tbilisi and beyond", said Gharibashvili. 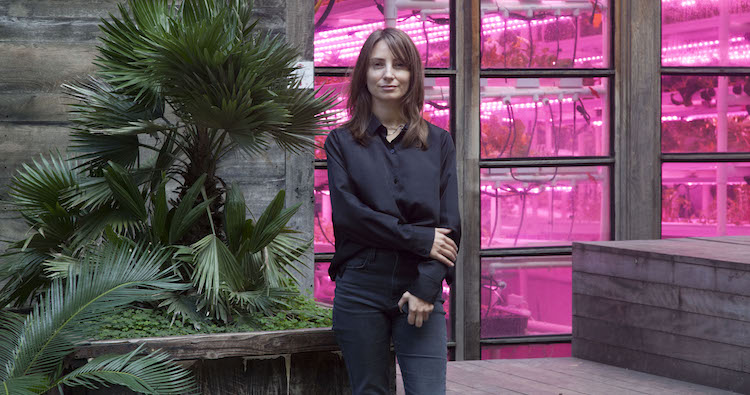 How was the idea of SpaceFarms born?

Gharibashvili said she had spent several years researching and developing technologies to grow plants at more yield with minimal impact on the environment compared to conventional farming.

In 2017 Gharibashvili opened her first project, Urban Greens, with a friend. Their first production facility was housed in a 15 sq.m. cultivation area where various micro greens were grown. Produce was delivered to restaurants and other organisations in the catering sector. 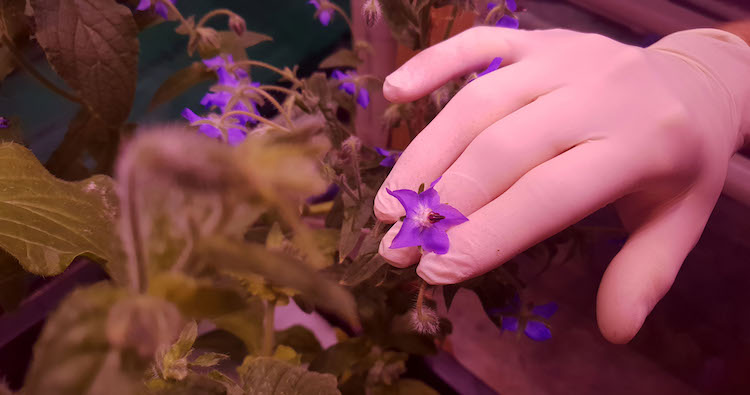 After the initial success, Gharibashvili started to follow up on more research in indoor vertical farming. SpaceFarms is her second project which was launched later in 2018.

From scratch, step-by-step, through study, in consultation with international experts, I was able to gather information on how to set up an indoor farm and grow large quantities of vegetables in a small space. Then I presented my plan to the founder of Adjara Group, Temur Ugulava and introduced him to my business plan. I offered him Adjara Group's restaurants to have direct access to healthy vegetables. So we both decided to give this plan a try", said Gharibashvili. 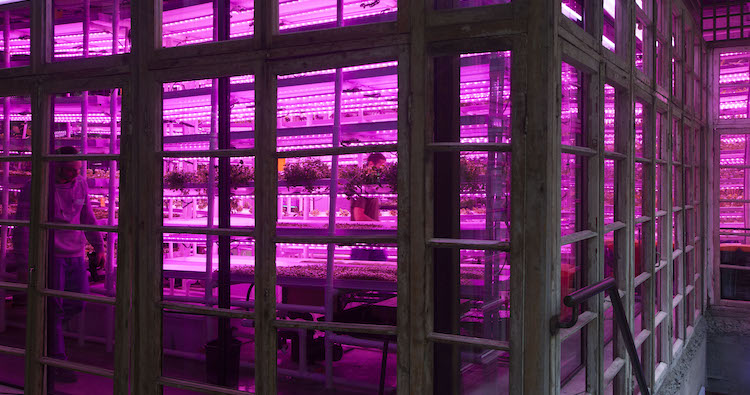 She recalled how she had bruised fingers when was personally involved in setting up the indoor farm, however the hardest part of the process was to cultivate the first generation of the vegetables, Gharibashvili said.

Every species needs its own conditions to grow. Every species has its own cycle. I started experimenting with different species and created recipes for each of them. I have accumulated knowledge of which species need what conditions to grow. Today I can plan and control the growing circle of each species and I am confident of this knowledge and experience. 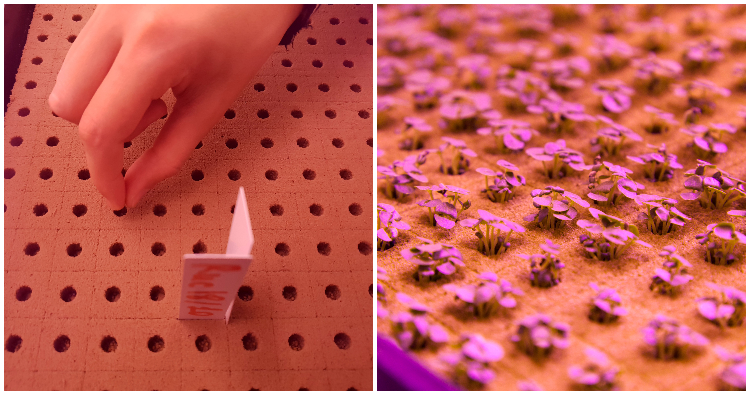 Time has come to realise that the integration of modern technologies is very important in agro-farming. What obstacles we have in agriculture, such as bad weather, unstable environment, water consumption, pesticide consumption, can be avoided with these new technologies. My future plan is to export this experience, these technologies that I have created and not the produce itself", Gharibashvili said. 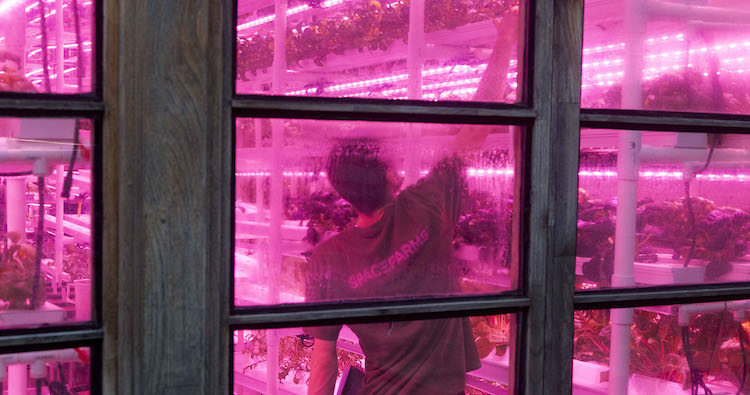 SpaceFarms has become a member of the Association of Vertical Farming. This is the leading global, non-profit organisation that enables international exchange and cooperation in order to accelerate the development of the indoor/vertical farming industry.

Gharibashvili was an invited speaker of the large-scale conference held in Munich on September 4, where she presented her farm as well as Georgia as the first country in the region to have indoor vertical farming practice. 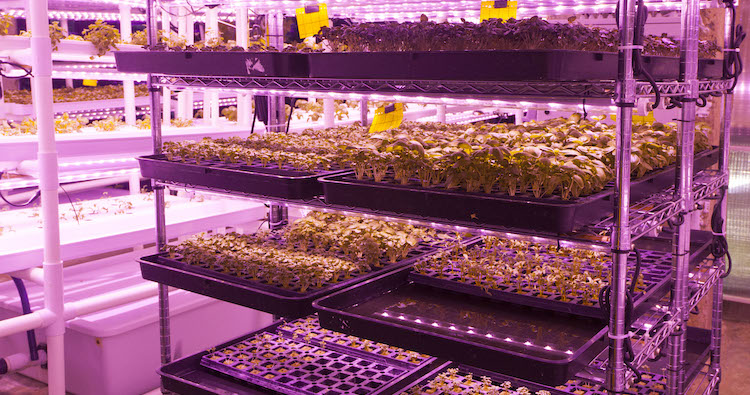 "The association has a global map on its website where little Georgia was illuminated in our region with its indoor farming. It is the only Georgia in the region that shines on this map thanks to SpaceFarms", Gharibashvili said.