Georgia is a country of Orthodox believers. Latest statistics reveal 88% of the population trusts the Georgian Church.

As a result, religious issues are very sensitive and attract the attention of a large percentage of the community.

Thousands of people are visiting Georgia’s historical city of Mtskheta this weekend to celebrate the opening of the tomb of St. Gabriel. Many believe in his miracles and are travelling to see his holy relics in the hope he will make their dreams come true.

During his life, Monk Gabriel was renowned as a "Fool for Christ", which means 'Salos' in Greek.

Saint Gabriel's tomb opened on February 20 with a large-scale opening ceremony, which continued through to today. 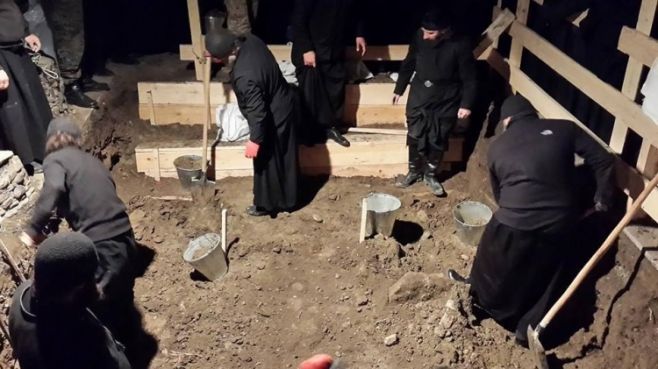 The Saint’s grave is located in Georgia’s historical town of Mtskheta, which is about 20 km from Georgia's capital, Tbilisi.

Over the next week, the Monk’s holy relics will be placed in four different Georgian monasteries.

First, Saint Gabriel’s remains was located at the Monastery of Transfiguration, where Georgia’s Patriarch arrived and made a public prayer.

Later, the Monk’s holy remains were transferred to the Svetitskhoveli Cathedral.

From February 24, the Saint's holy remains will be placed at Trinity Cathedral in Tbilisi for a week. 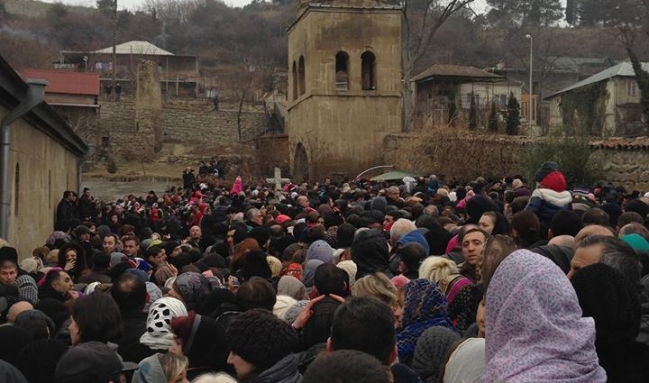 During this time, pilgrims will have the opportunity to visit the holy remains and be blessed, announced the Patriarchy press centre.

After this, the holy remains will be transferred to the Principality of Transfiguration

At the tomb opening, security measures were tightened in Mtskheta. Access to the area was permitted only if guests had a special pass. Attendance by the media was strictly banned. 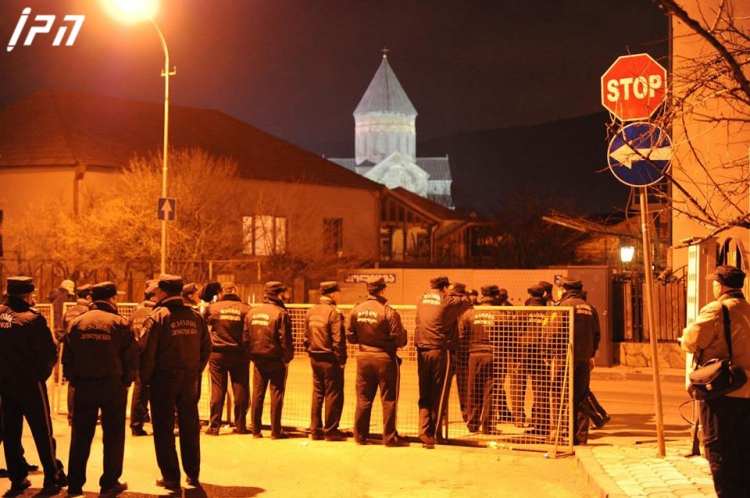 In Mtskheta, to Georgian law enforcement agencies - the Ministry of Defence and Ministry of Internal Affairs - ensured the territory was protected and laws were followed.

Due to the high number of guests willing to attend the tomb opening ceremony, the centre of Mtskheta and entrance to the city was blocked.

Security measures were strict at Mtskheta.

Access to the roads in Mtskheta was restricted ahead of the opening of St. Gabriel's tomb. All entrances and exits of Mtskheta closed to transport.

The Ministry of Internal Affairs has allocated buses to drive those interested in the tomb opening process to Mtskheta. The railway to Mtskheta is working full time for free.

A day before Saint Gabriel’s tomb opening, graves of venerable Giorgi Mkheidze and Ioane Maisuradze were unlocked. People were able to pay their respect for two days, and then the pair will be buried in the temple of Betania.

People flocked to the Saint’s tomb in the hope their wishes will be granted.

Believers came to the Monk’s tomb and completed numerous rituals, which included touching the soil of the tomb and taking in oil, which is considered miraculous. Believers also lit candles and recited prayers.

Father Gabriel was rumoured to have made a promise in a vision to a nun named Paraskeva. The story spread through social media and word of mouth. Two wishes would supposedly be granted to those who arrived at the tomb before Orthodox Christmas this year. 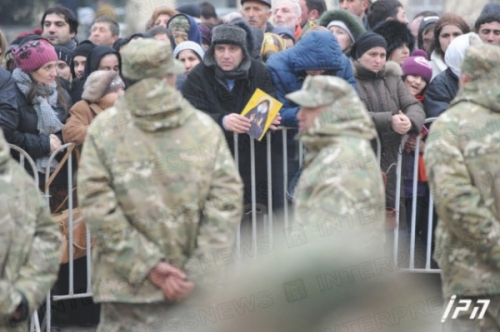 Pilgrims tried to approach the grave in order to ask saint Gabriel to fulfill  their wishes.

Despite this, crowds still rushed to the grave in Mtskheta. Police deployed extra forces to control traffic on Christmas Eve.

From past experiences, Georgia's Police Department made special measures to avoid crowd and traffic situation in Mtskheta.

Priest Gabriel was recognized as a saint by the Holy Synod on December 21 last year.

Saint Gabriel was a deeply eccentric character and to the Soviet authorities he was considered to be insane. He was renowned during his life as a "Fool for Christ". 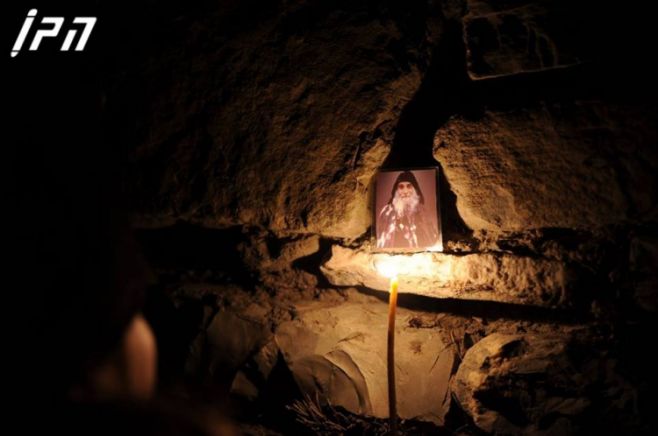 Saint Gabriel was famed for his powers of prophecy during his life, as well as his fearless approach to publicly denouncing Communism. He was considered "sane” and executed by the authorities.

Monk Gabriel was famous for tearing down a giant banner of Lenin during a May Day parade and trampled upon it while denouncing Marxism, for which he was badly beaten. He was renowned for his compassion and deep insight into human nature.

Saint Gabriel spent much of his later life living at the Monastery of Saint Nino, a nunnery attached to the Samtavro Church in Mtskheta. It is located uphill from the Svetiskhoveli Cathedral. He died in 1995 and was buried there. Pilgrims seeking wish fulfillment visit his grave daily.