This is the third time Georgian wine has been represented at the exhibition but this year qvevri (a large, ancient Georgian winemaking vessel) winemaking cellars have been presented for the first time at wine fair.

This year Georgian wine is present with a diversity of varieties in Bordeaux, which further contributes to the promotion of Georgian wine and increase awareness around the world. This will eventually reflect on the volume of exports and will maintain the increasing dynamic of the recent years”, said Elene Kiknadze, chief specialist of the Marketing and PR Department of the National Wine Agency.

During the four-day exhibition, thousands of visitors have tasted Georgian wine, including wine professionals from different countries of the world. 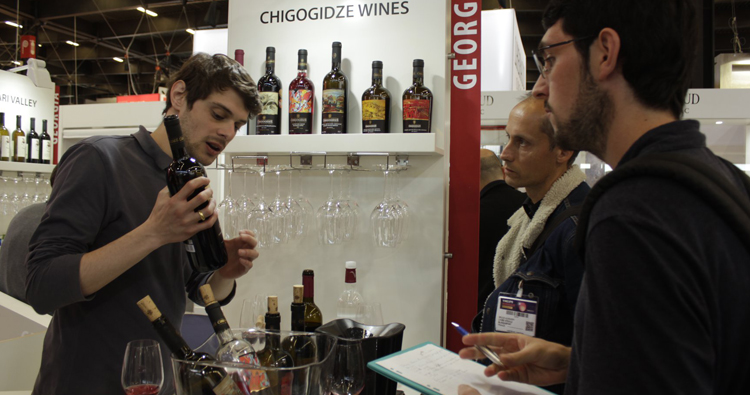 Winemakers from over 35 countries have presented their wines and produce at the exhibition. Photo: Wines of Georgia.

People come here from China, US, from different countries of the world. It is nice to see Georgian stand and some of good Georgian wines here, to see that people are tasting Georgian qvevri and not qvevri wines, wine such as Tsitsqa, Kisi, Green, Rkatsiteli and Saperavi”, he said.

Exhibition VinExpo Bordeaux was established in 1981 by Bordeaux Trade and Industry Chamber and is held once every two years. At this year’s  exhibition, winemakers from over 35 countries have presented their wines and produce.